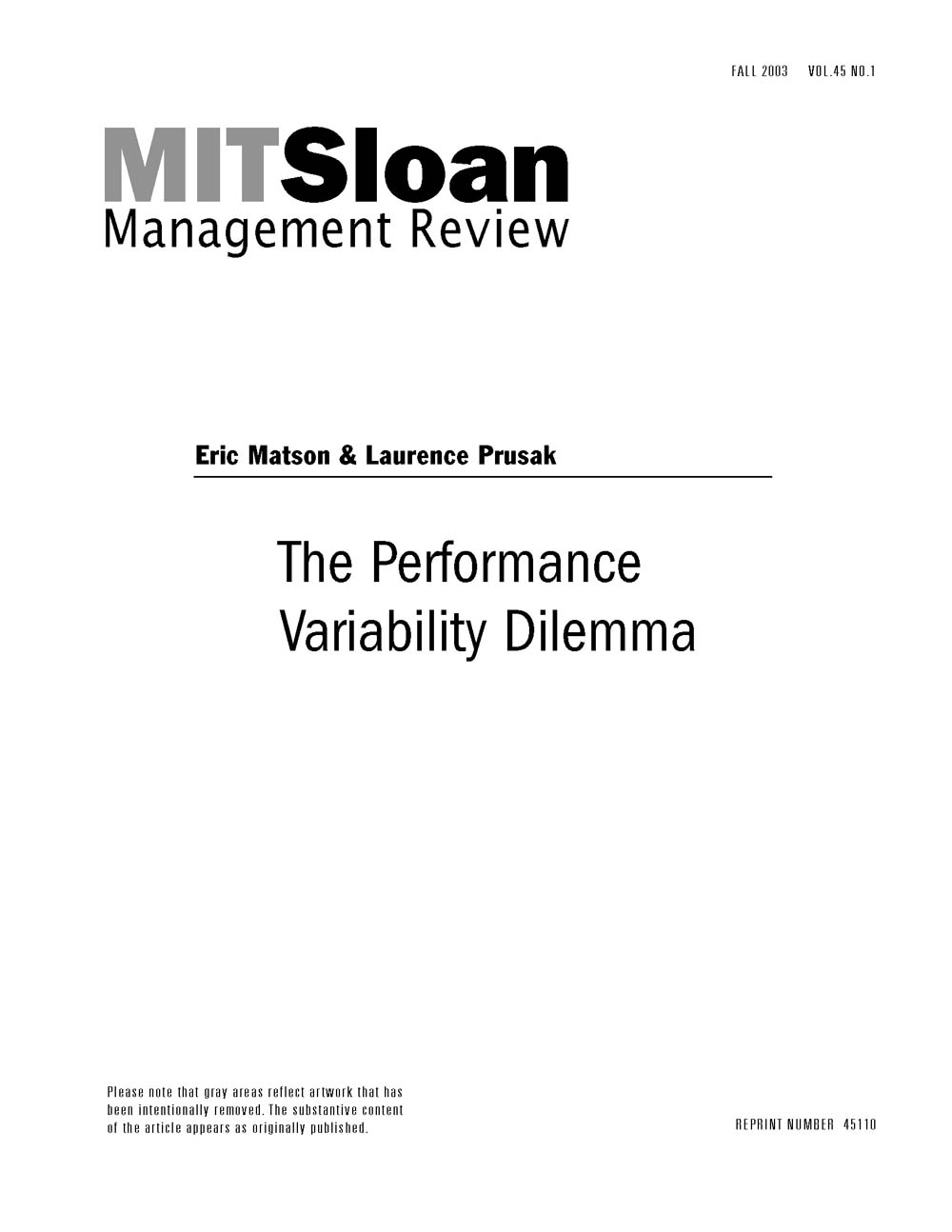 In their quest to reduce performance variability, however, managers often go too far, say the authors. By forcing workers to "copy exactly" or "follow instructions exactly" in every situation, they make it far more difficult for people to use their own judgment and knowledge to solve problems that would benefit from a new approach.

Having studied this issue in depth, the authors found that the appropriate intervention to reduce differences in performance depends on individual work practices -- their frequency and predictability. Practices that are more frequent and predictable tend to be more conducive to rigid duplication, whereas those that are rare and unpredictable have greater need for flexibility and innovation. The authors contend that it's not enough to have a balance between uniformity and discretion at the company level: Each group of practitioners within an organization must also have it.