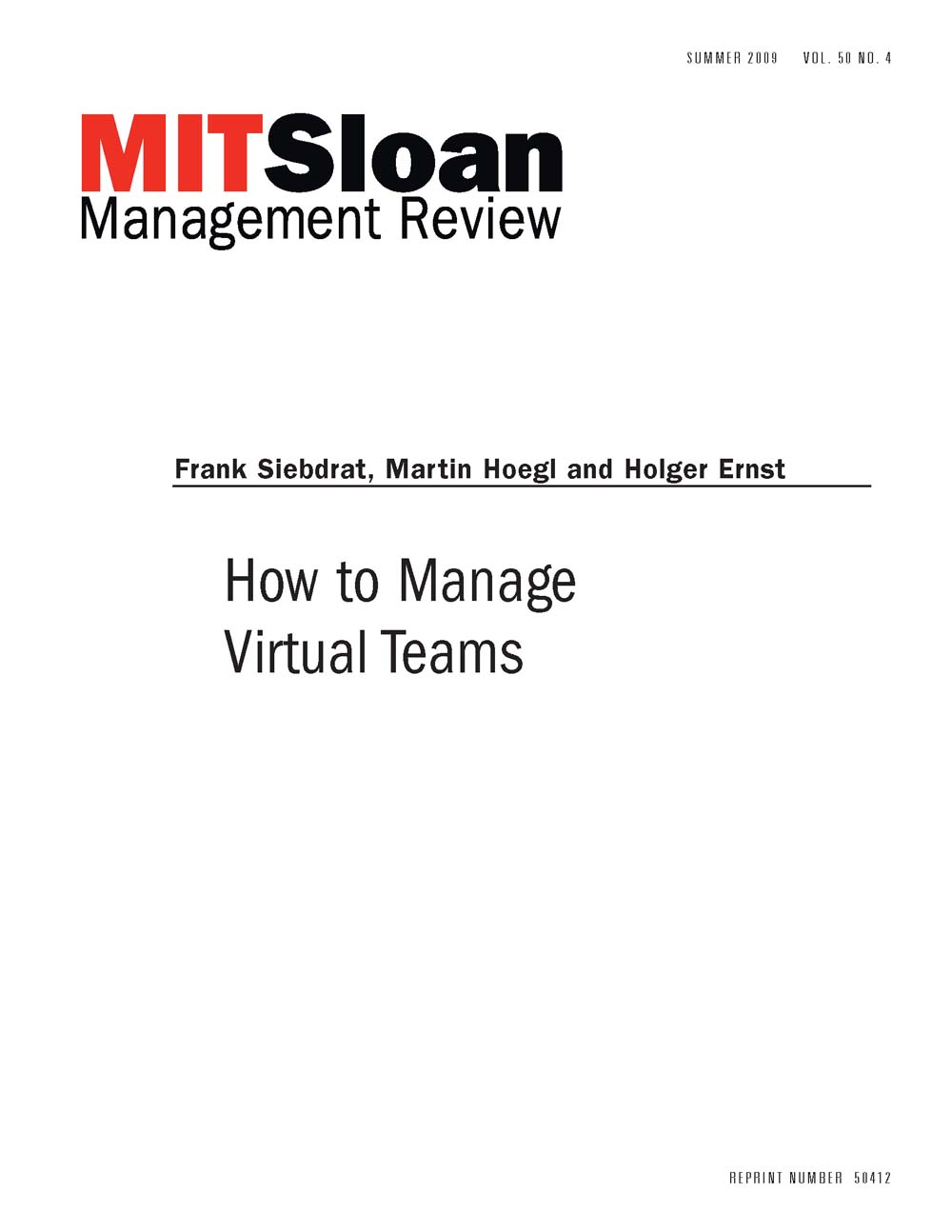 How to Manage Virtual Teams

In the past, companies would typically colocate the members of teams because of the high levels of interdependencies that are inherent in group work. Recently, though, more and more routinely organize teams over several locations according to the specific levels of expertise required to accomplish a task. The dispersion of team members often leads to a number of problems, however, including difficulties in communication and coordination, a decline in trust, and an increased inability to establish a common ground. Consequently, many companies have struggled with how best to manage these “virtual teams.”

The authors have investigated the performance of 80 software development projects with varying levels of dispersion, including those with members in different cities, countries or continents. They found that virtual teams offer tremendous opportunities despite their greater managerial challenges. In fact, dispersed teams were able to significantly outperform their colocated counterparts when they had the appropriate processes in place.

Those processes can be classified in two categories: task-related — including those that help ensure each team member is contributing fully; and socio-emotional — including those that increase the cohesion of the group. The authors found that the task-related processes were the most critical for the performance of dispersed teams. Specifically, virtual teams that had processes that increased the levels of mutual support, member effort, work coordination, balance of member contributions and task-related communications were able to consistently outperform other teams with lower levels. More notably, the performance of dispersed teams with high levels of task-related processes was higher than that of colocated teams with similar levels of those same processes. Consequently, it is crucial for managers to remember that the quality of task-related processes appears to be a significant factor in determining whether dispersion becomes a liability or an opportunity for virtual collaborative efforts.