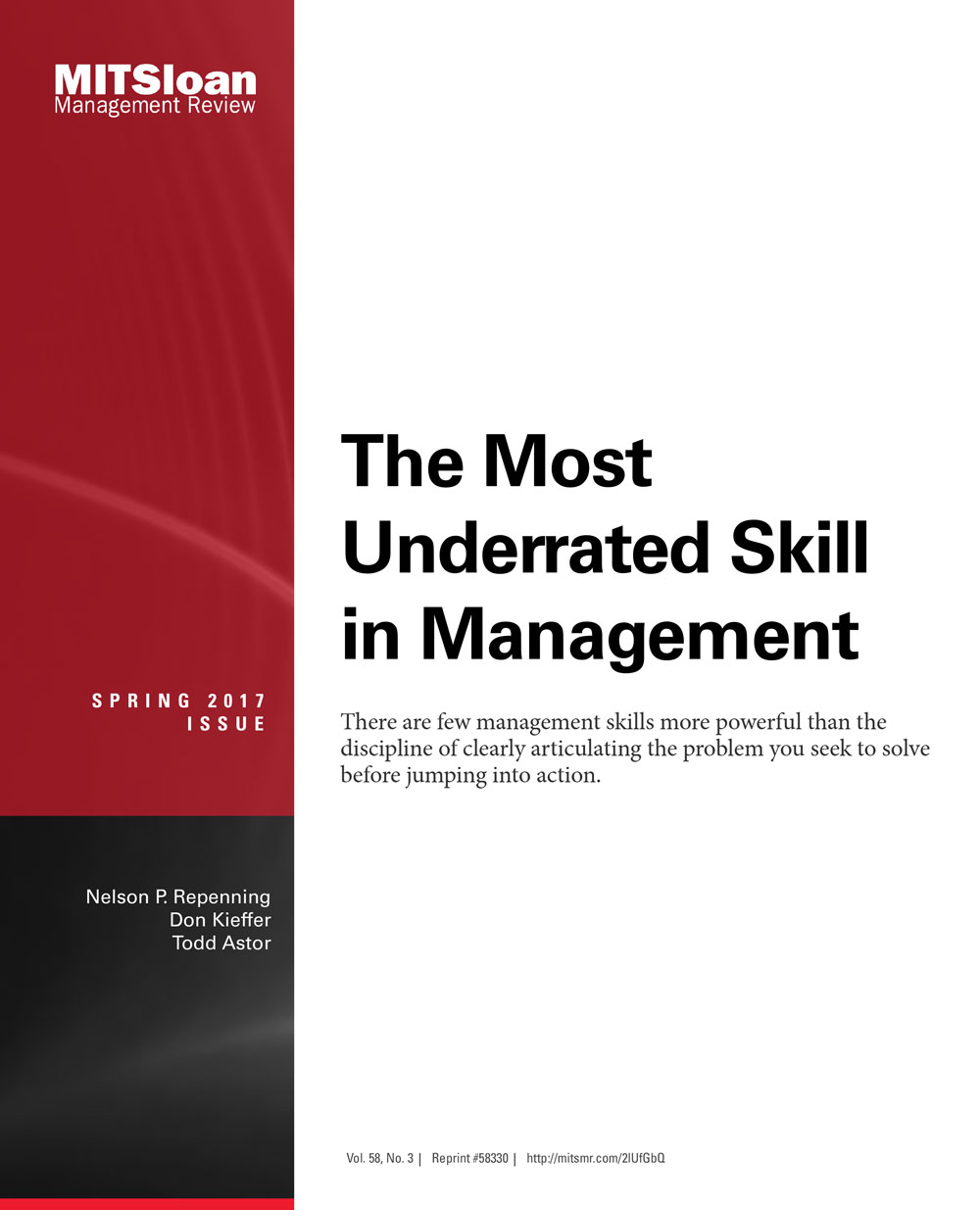 The Most Underrated Skill in Management

According to the authors, there are few questions in business more powerful than “What problem are you trying to solve?” The authors argue that leaders who can formulate clear problem statements get more done with less effort and move more rapidly than their less-focused counterparts. Clear problem statements can unlock the energy and innovation that lies within those who do the core work of an organization, whether it be manufacturing, product development, or service.

As valuable as good problem formulation can be, it is rarely practiced. Psychologists and cognitive scientists have suggested that the brain is prone to leaping straight from a situation to a solution without pausing to define the problem clearly. Such “jumping to conclusions” can be effective, particularly when done by experts facing extreme time pressure, like fighting a fire or performing emergency surgery. But, when making change in an organization, neglecting to formulate a clear problem statement often prevents innovation and leads to wasted time and money.

To tackle complex problems, executives need to complement good problem formulation with a structured approach to problem-solving. The authors recommend an approach using a modified version of the A3 form, which was originally developed by Toyota Motor Corp. to support knowledge sharing in its factories by summarizing a structured problem-solving effort in a single page.