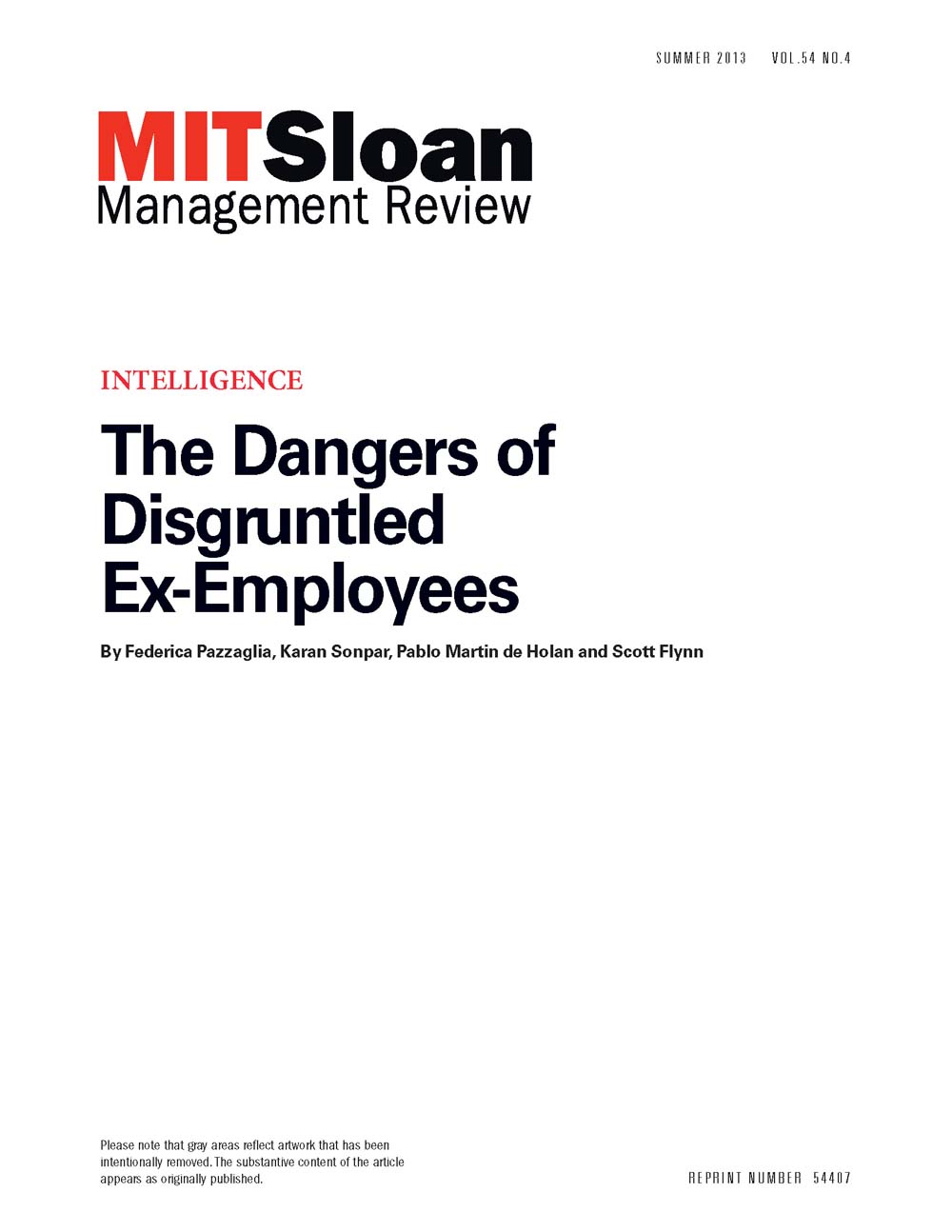 The Dangers of Disgruntled Ex-Employees

Ex-employees who believe that they have been mistreated by the company where they worked may be highly motivated — and effective — at competing against their former employers.

A study of professional soccer players found that players who left a team on bad terms subsequently played unusually well against that team, fueled by anger and pressure to prove loyalty to their new organization. This phenomenon, known in professional soccer as the "Immutable Law of the Ex," was tested through a study of 402 head-to-head matches in the English Premier League from 2000 to 2005.

The findings are relevant to other settings in which organizational performance relies strongly on individual contributions, including advertising, legal services, sales and high-technology design. Disgruntled former employees can hurt their former employers by sending out critical emails that get propagated widely, by joining a competitor or by starting a new company.

To prevent employees from wanting to strike back, the authors suggest four steps: Don't take employees for granted. Don't ignore what rubs employees the wrong way. Don't underestimate employees' intelligence and goodwill. And don't neglect the desire for revenge in an employee scorned. In the English Premier League study, roughly half the players left their clubs because they believed that their coaches and teams were not giving them a fair chance, and it was the players who were either shunted out of the team or nudged away through inattention who sought to exact revenge.

“While it is impossible to please everybody all the time in business,” the authors write, “and tough decisions sometimes do need to be made, being sensitive to employee morale issues will pay off.”