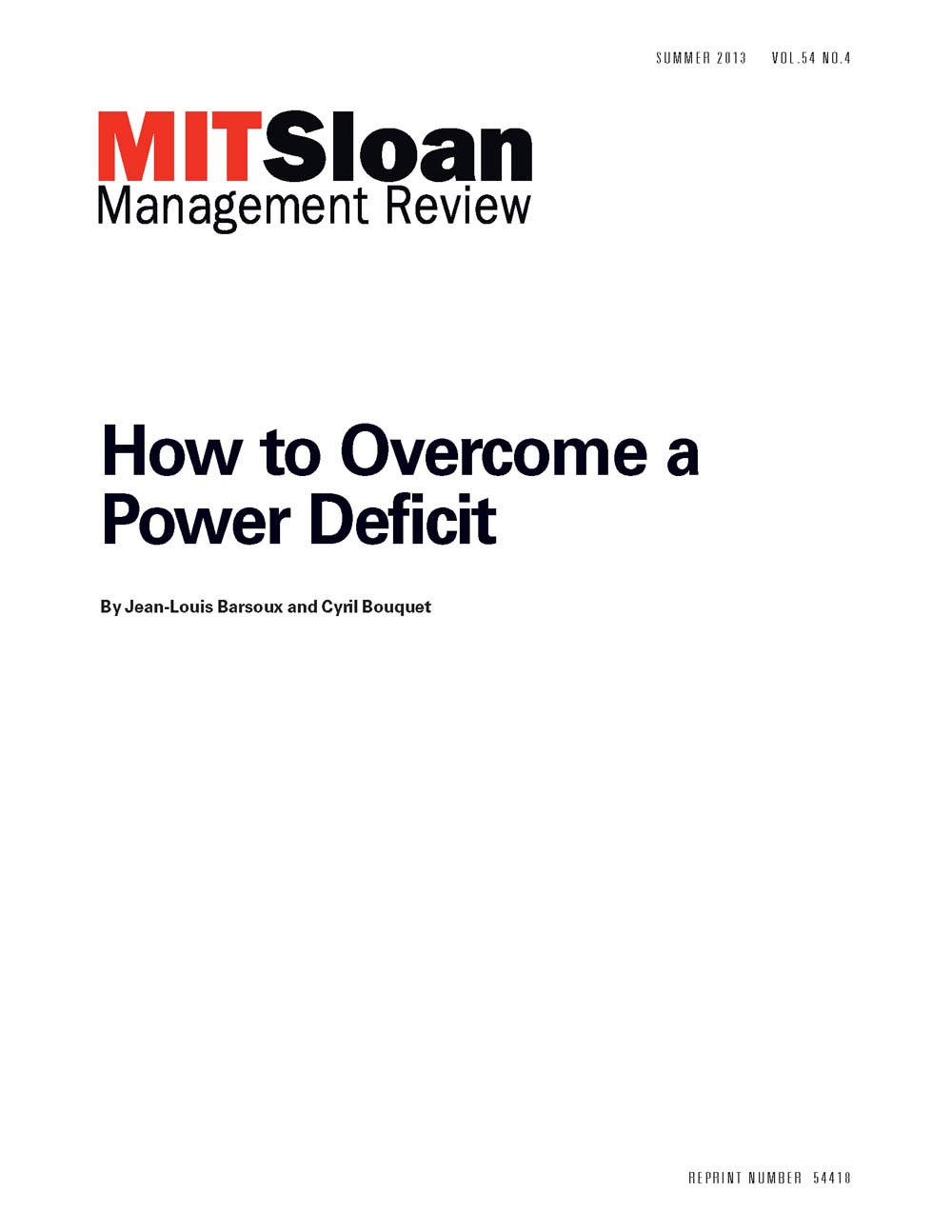 How to Overcome a Power Deficit

Many factors can cause a talented executive to be ignored or sidelined within an organization. "The fact that I was right didn't matter," said one manager whose recommendations went unheeded during his tenure. "What I hadn't done was build sufficient internal credibility."

Barsoux and Bouquet looked at the three most typical types of power deficiency — legitimacy, resources and networks — and came up with tactics for recovery using the playing the game strategy and the changing the game strategy. Tactics include accumulating social credits, cultivating senior mentors and consolidating strengths. Having special expertise is another way to change the game. As PepsiCo Inc. CEO Indra Nooyi once said, "Anybody who wants to be a future leader should have a hip pocket skill that everybody looks at and says X is the go-to person for that skill.”

Before adopting either strategy, power-deficient executives (whom Barsoux and Bouquet call ';PDE’s) must pinpoint their core deficits. In their article, the authors provide a questionnaire for assessing how much influence you have, and for identifying problem areas where executives may have potential power deficits.

Importantly, the authors stress that while power-deficient executives can focus on a single tactic to provide momentum, they should address all three sources of power to cast off their power-deficient status. “Cognitive biases in the minds of the boss and colleagues may require the PDE to have a ';string of hits’ before these people will change their views of the PDE and provide the support, sponsorship and exposure he or she deserves,” they write.