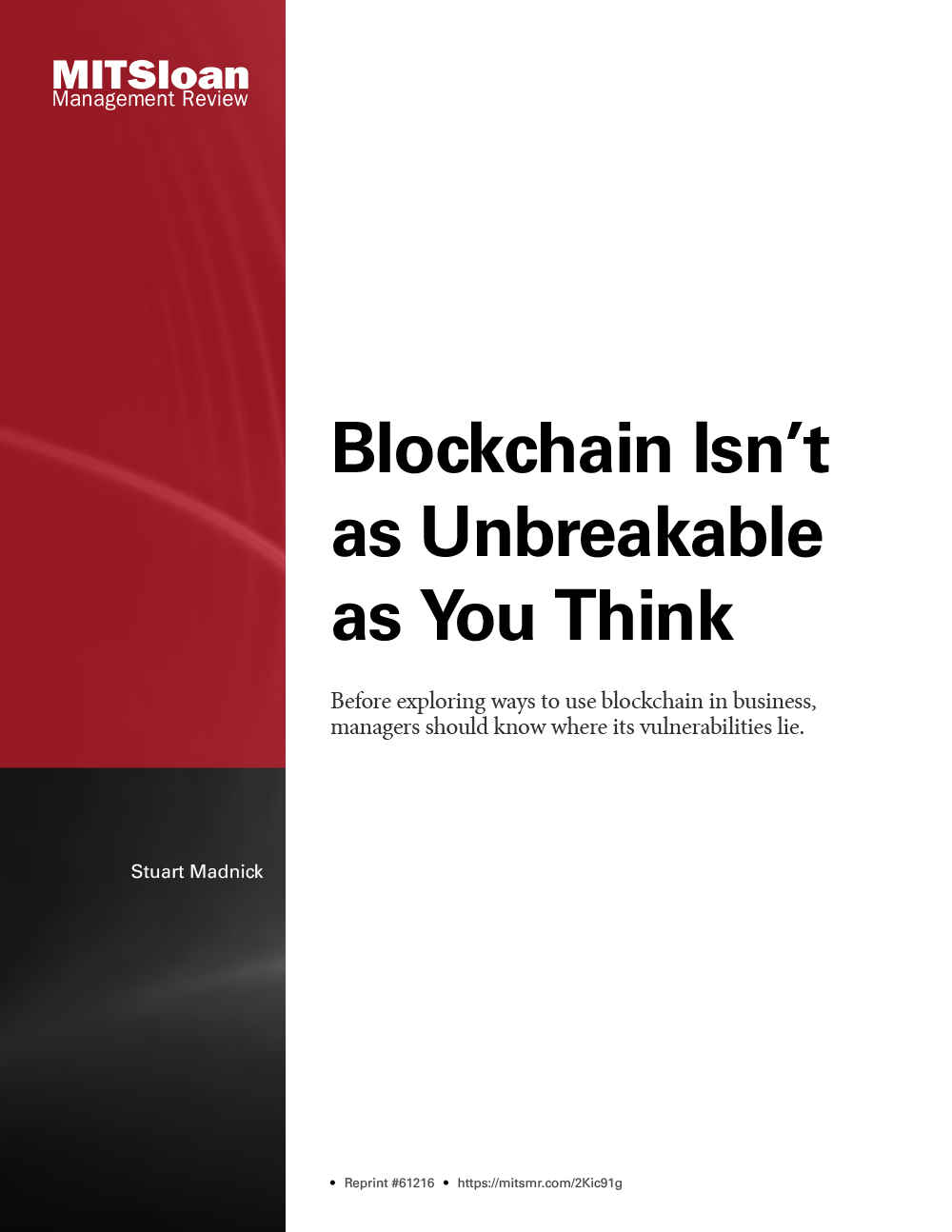 Blockchain Isn’t as Unbreakable as You Think

Between 2011 and 2018, at least 72 blockchain breaches were reported, costing users over $2 billion. Many of these were possible because blockchain is vulnerable in some of the same ways conventional record-keeping systems are. The rest are even more troubling, because bad actors were able to exploit the very features that make blockchain revolutionary. Managers should look closely at both types of vulnerabilities so they can weigh the risks before exploring business applications.