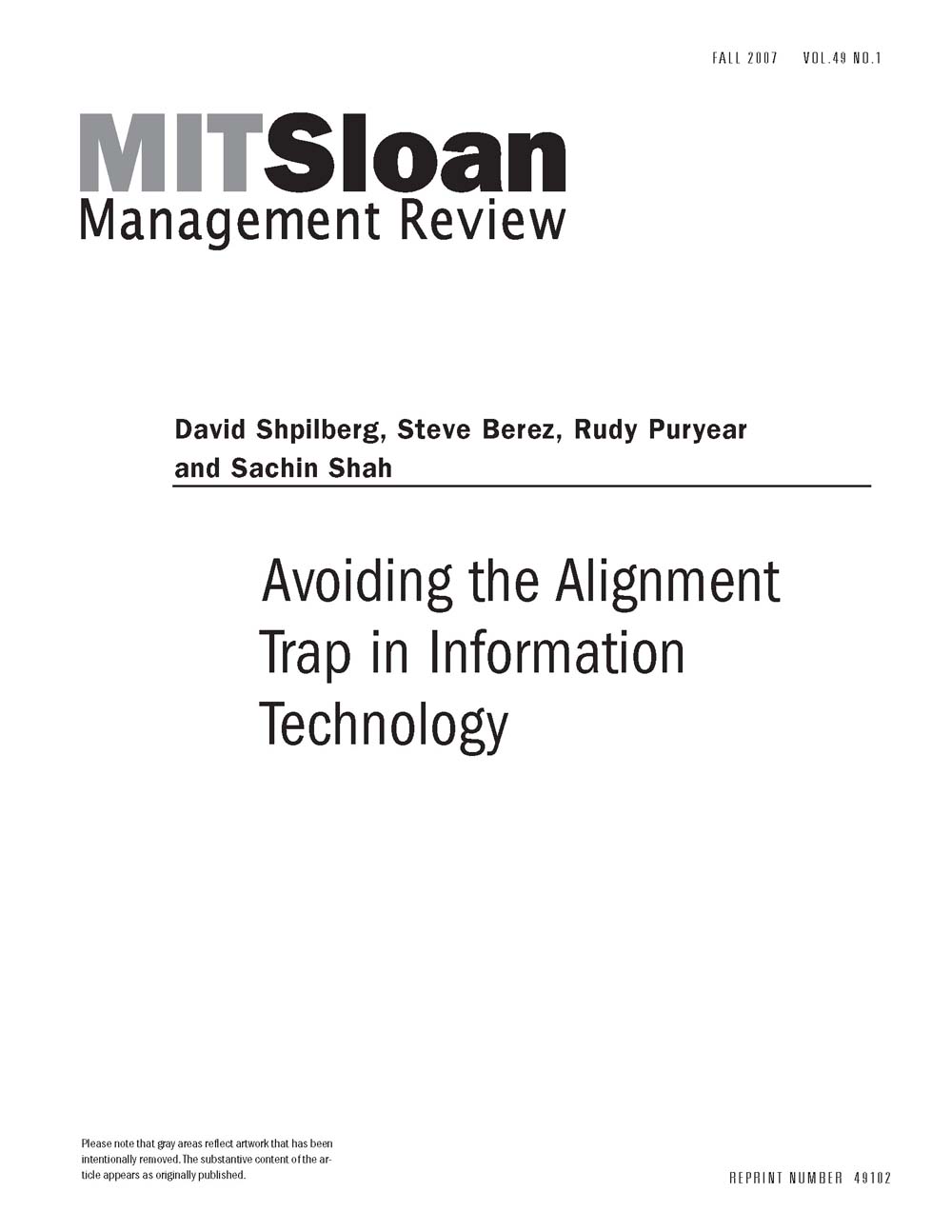 Avoiding the Alignment Trap in IT

October 1, 2007 | Mr. David Shpilberg , Mr. Steve Berez , Mr. Rudy Puryear , Mr. Sachin Shah | Digital
For many years now, companies seeking to deliver higher business performance by harnessing IT have focused on alignment -- the degree to which the IT group understands the priorities of the business and expends its resources, pursues projects and provides information consistent with them. In practical terms, that means there must be shared ownership and shared governance of IT projects.

However, the authors contend that their research -- a survey of more than 500 senior business and technology executives worldwide, followed up with in-depth interviews of 30 CIOs -- reveals a troubling pattern: Even at companies that were focused on alignment, business performance dependent on IT sometimes went sideways, or even declined. That's because underperforming capabilities are often rooted not just in misalignment but in the complexity of systems, applications and other infrastructure. The complexity doesn't magically disappear just because an IT organization learns to focus on aligned projects rather than less aligned ones. On the contrary, the authors say, in some situations it can actually get worse. Costs rise, delays mount and the fragmentation makes it difficult for managers to coordinate across business units.

The survey also showed that almost three-quarters of respondents are mired in the "maintenance zone." IT at these companies is generally underperforming, undervalued and kept largely separate from a company's core business functions. Corporate management budgets the amounts necessary to keep the systems running, but IT doesn't offer enough added value to the business and often isn't expected to.

Drawing on the experiences of Charles Schwab & Co., Selective Insurance Group, De Beers, First Data Corp. and National City, among others, the authors identify a group of best practices that constitute "IT-enabled growth." The companies that achieve the highest growth at a low cost manage complexity down, source IT staffing and software wherever it makes the most sense and create start-to-finish accountability connected to business results. Then, and only then, the best performers tightly align their entire IT organization to the strategic objectives of the overall business, using governance principles that cross organizational lines and making business executives responsible for key IT initiatives.