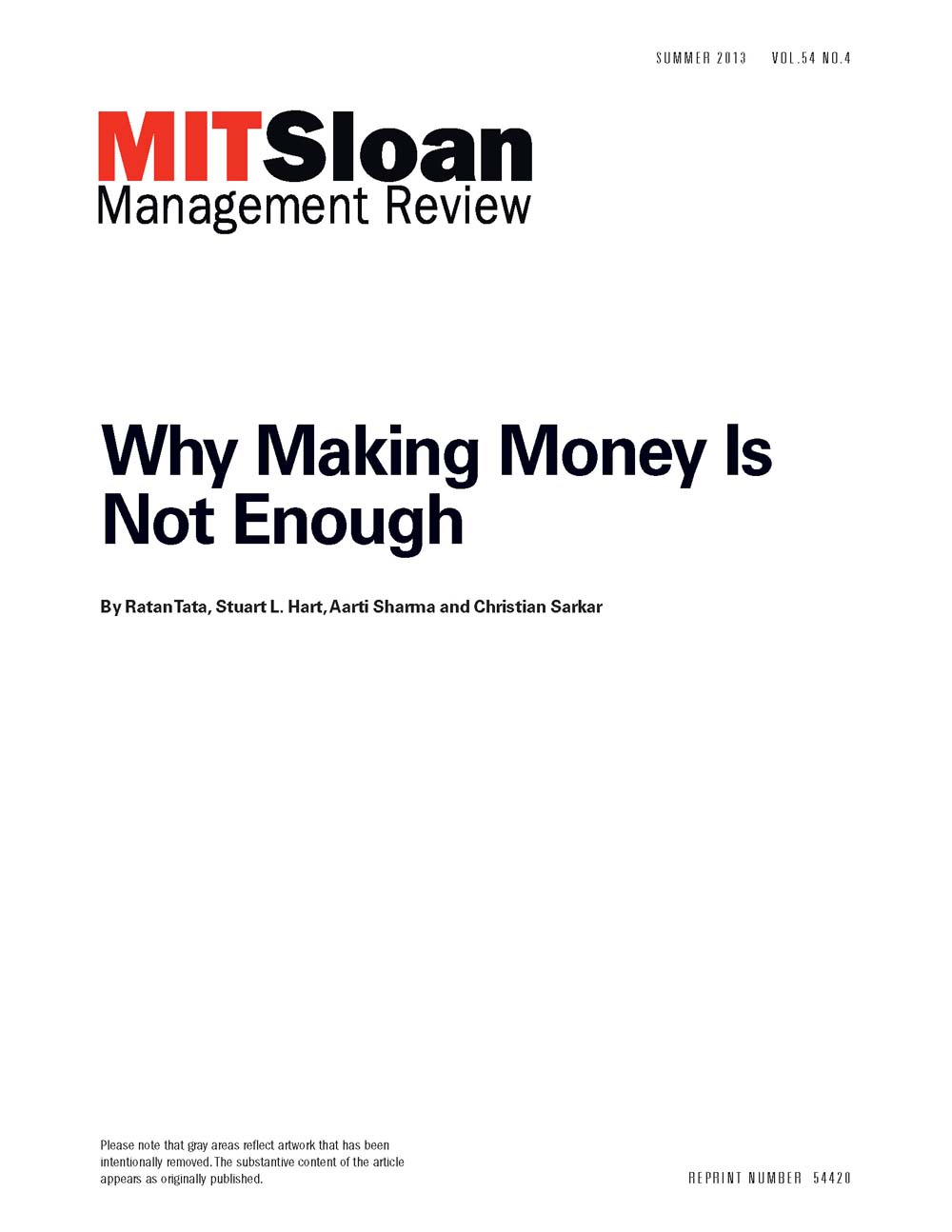 Why Making Money Is Not Enough

“There is a persistent myth in the contemporary business world that the ultimate purpose of a business is to maximize profit for the company's investors,” write the authors, who include Ratan Tata, the former chairman of the Tata Group. “However, the maximization of profit is not a purpose; instead, it is an outcome.”

In an essay for MIT Sloan Management Review, Tata and three coauthors argue that that the best way to maximize profits over the long term is to not make them the primary goal.

“Profits are like happiness in that they are a byproduct of other things,” write the authors. “Those who focus obsessively on their own happiness are usually narcissists — and end up miserable. Similarly, companies need a purpose that transcends making money; they need sustainability strategies that recognize that you can make money by doing good things rather than the other way around.”

“We believe it is possible to build and lead companies that retain a deeper purpose,” they write. Despite the growing wealth of the Tata Group, they note, company leaders are not featured in the listings of the richest people in India or the world. The reason: Two-thirds of the shares of Tata Sons, the holding company of the group, belong to the Tata Trusts, one of the largest and oldest Indian philanthropic foundations.

The authors call for companies to launch "corporate lifeboats" — such as new business experiments in next-generation clean technologies and serious business initiatives in the underserved space at the "base of the pyramid" — to transform their operations for sustainability.