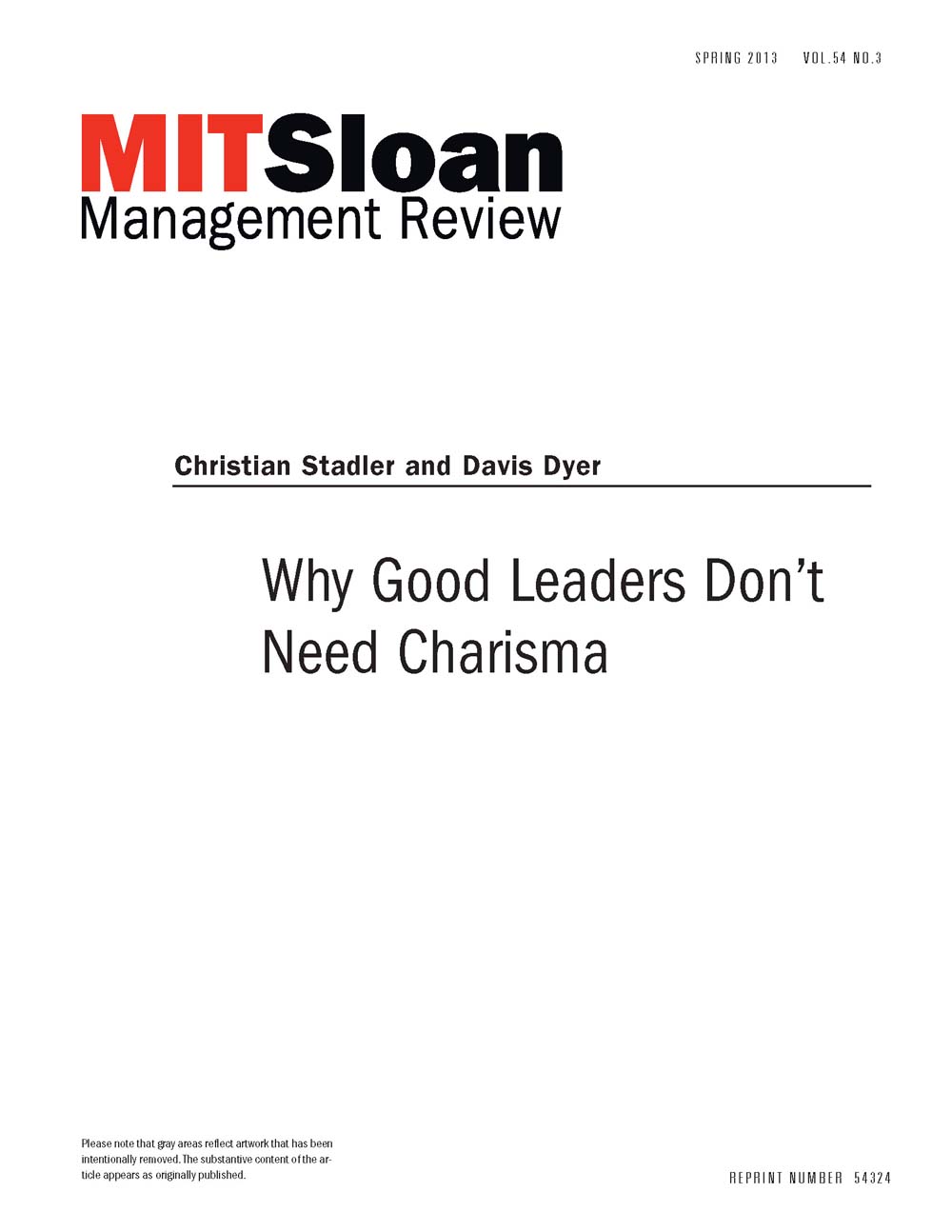 When you read the business press, it's easy to get the impression that all you need to do to make your company great is add a charismatic CEO. Find the next Steve Jobs, Jack Welch or Phil Knight and you're halfway home. And maybe you would be — if you happened to sign that one-in-a-million leader.

The problem is that, among charismatic executives, for every Steve Jobs, there is at least one Dick Fuld — maybe more. Persuasive and strong-minded, Fuld presided over the downfall of Lehman Brothers. Nor is Fuld alone: Six out of 18 of Germany's most recent winners of the title "Manager of the Year" were responsible for dramatic missteps, including Daimler's disastrous acquisition of Chrysler Corp. under CEO JÌ_rgen Schrempp. That raises a question: do charismatic business leaders typically outperform their more ordinary counterparts over the long run?

The simple answer is no. In a study of 100-year-old European corporations, leaders of the higher-performing companies were often not charismatic — and were, in fact, less likely to be charismatic than the leaders of the lower-performing companies. The problem with charismatic leaders is that exceptional powers of persuasion make it easy for them to overcome resistance and opposition to their chosen course of action. If your company is heading in the right direction, a charismatic leader will get you there faster. Unfortunately, if you're heading in the wrong direction, charisma will also get you there faster.