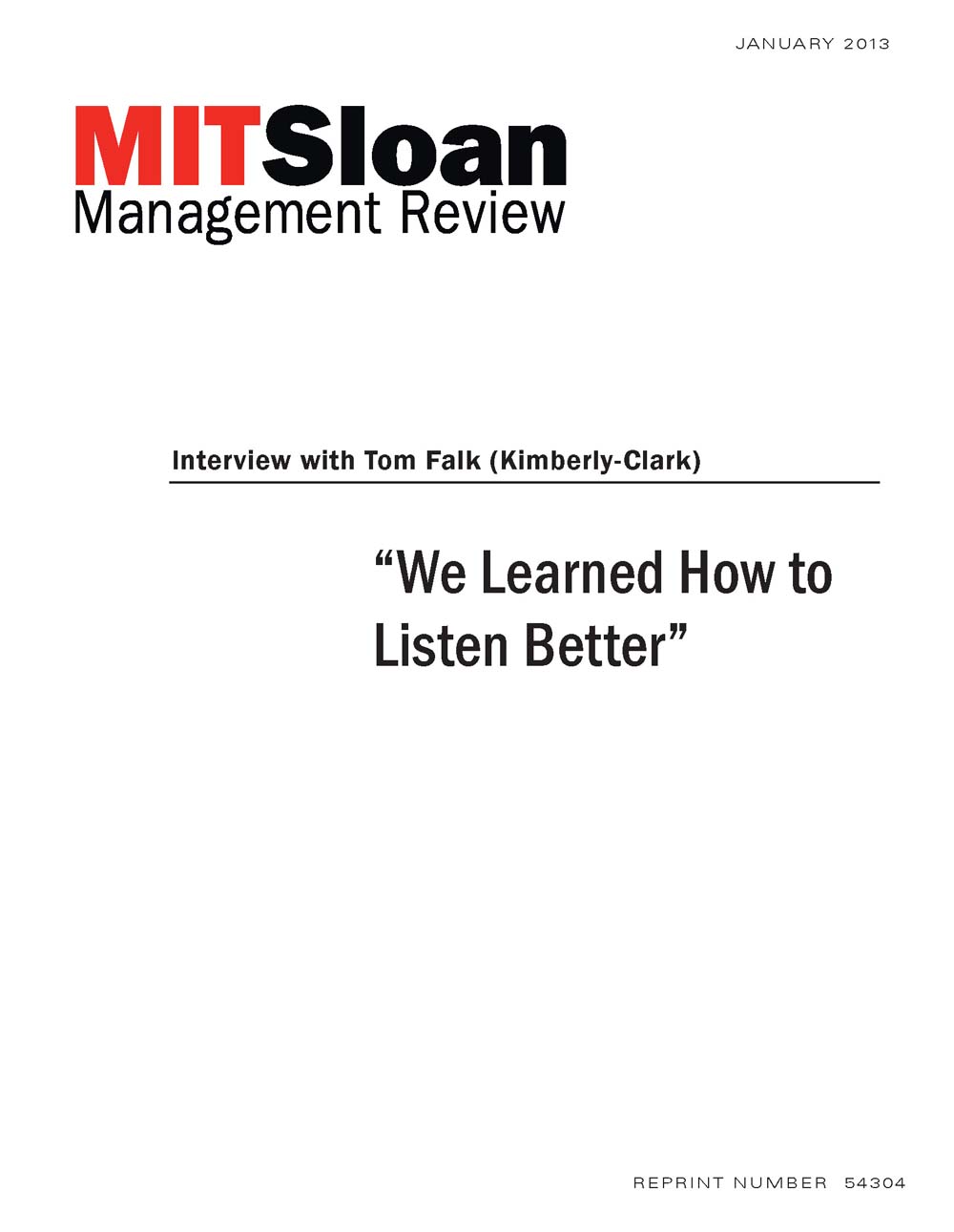 "We Learned How to Listen Better"

As Kimberly-Clark began down the path toward sustainability, it was confronted with layers of miscommunication between itself and environmental activists"Ònot to mention a lack of real understanding among many of its customers and suppliers. Tom Falk, chairman and CEO of K-C, says that all that began to change as the company got better at listening.

For K-C, the inflection point for the evolution of its sustainability practice came from the manufacturing arena, which was trying to use fewer materials and reduce the company's environmental footprint. K-C is now extending that approach into other areas of the business. Can they get a competitive advantage with its products in the market place by making real claims that are differentiated and based on real science? Can K-C use these advantages to impact the community and measure the benefit that?

To set its sustainability goals, Falk sits down with his immediate leadership team and the head of sustainability, and together agree on what the next five year goals are going to be. But the goals aren't set entirely by a top-down approach. K-C also looks to an outside advisory board for guidance on establishing stretch goals. The advisory group's goals help benchmark the team's goal setting efforts. One person has sole responsibility for K-C's continuous improvement in sustainability efforts.

In a conversation with MIT Sloan Management Review's David Kiron, Falk talks about the company's initial resistance to its own outside sustainability advisory board, how it learned to have constructive conversations with stakeholders who push for the company to act faster and K-C's own shift toward "raising our gaze to a more aggressive set of goals."