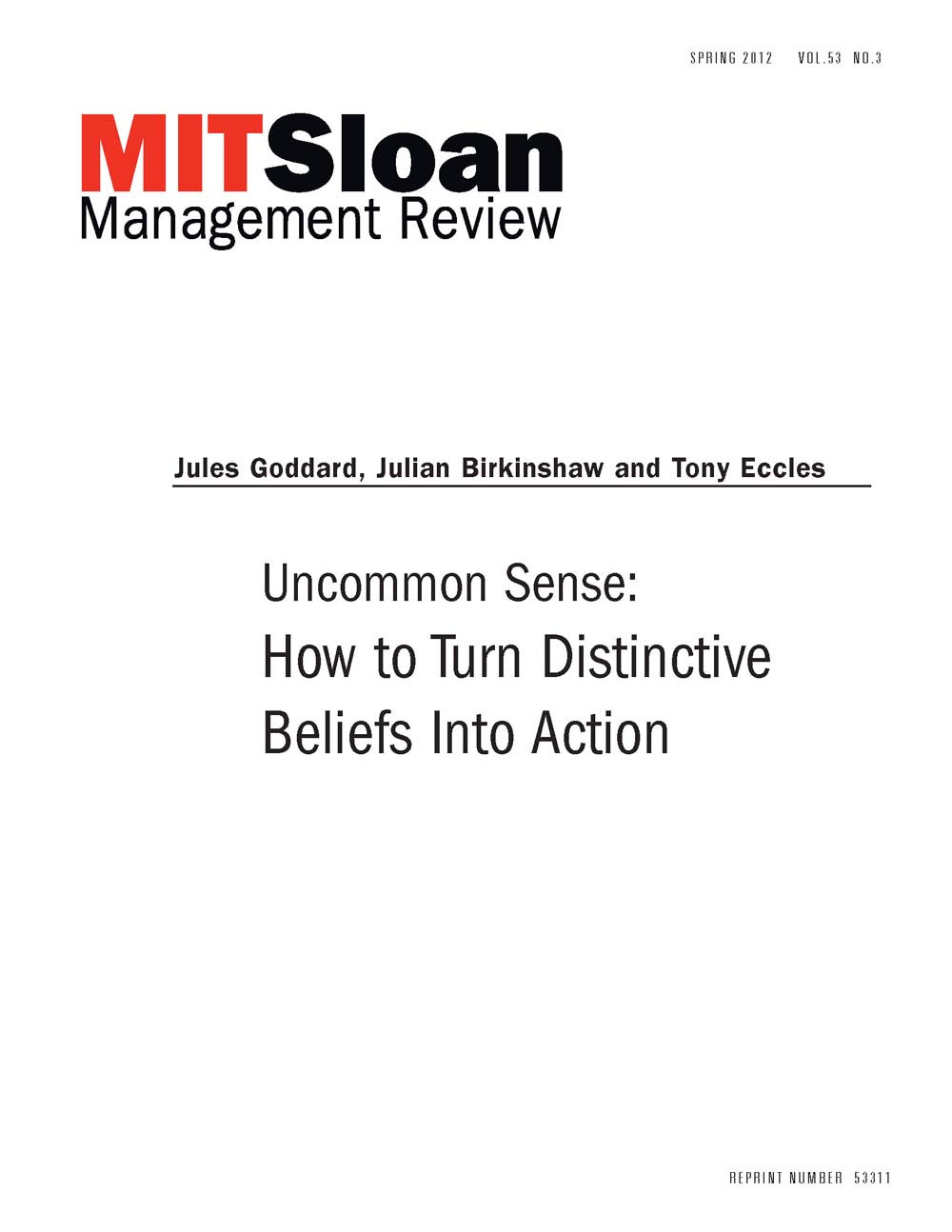 Uncommon Sense: How to Turn Distinctive Beliefs Into Action

What enables some companies to be consistently and resolutely different? Although leadership, culture and core competencies can play key roles, the authors argue that a company’s beliefs are often the most critical source of differentiation. Peter Drucker’s “theory of the business” focuses on the underlying beliefs held by the organization’s leaders about what the business does. Although many recognize that beliefs form a platform for actions and capabilities, it’s less clear how managers can apply this insight. Drawing on examples from companies including Ikea, Metro International, Rolls-Royce and Thomson Reuters, the authors try to show how managers can generate distinctive belief systems–their uncommon sense–and translate them into action.

The authors argue that most strategy making begins in the wrong place. Many companies rely on frameworks and models from the strategist’s toolbox, including industry analysis, market segmentation, benchmarking and outsourcing. As a result, they short-circuit the real work of strategy and miss out on finding new insights into the preferences or behaviors of current or potential customers. Few companies develop original strategies by formulating hypotheses and then testing them in a competitive setting.

Within a given industry, companies tend to share many of the same beliefs and assumptions. However, it is the distinctive beliefs, the authors argue–not the shared ones–that account for a company’s success or failure. They present a framework designed to help companies generate ideas for enhancing their distinctiveness and testing the ideas in an organized fashion. In their view, however, becoming distinctive isn’t just about coming up with novel beliefs and enlarging the size of one’s domain. It’s also about undermining the competitive positions of competitors.

The framework is based on four strategic steps: (1) discovering new truths that customers and employees value, (2) discarding old truths that are no longer valid, (3) marooning competitors within an outdated way of working, and (4) neutralizing the distinctive beliefs of your most dangerous competitors.