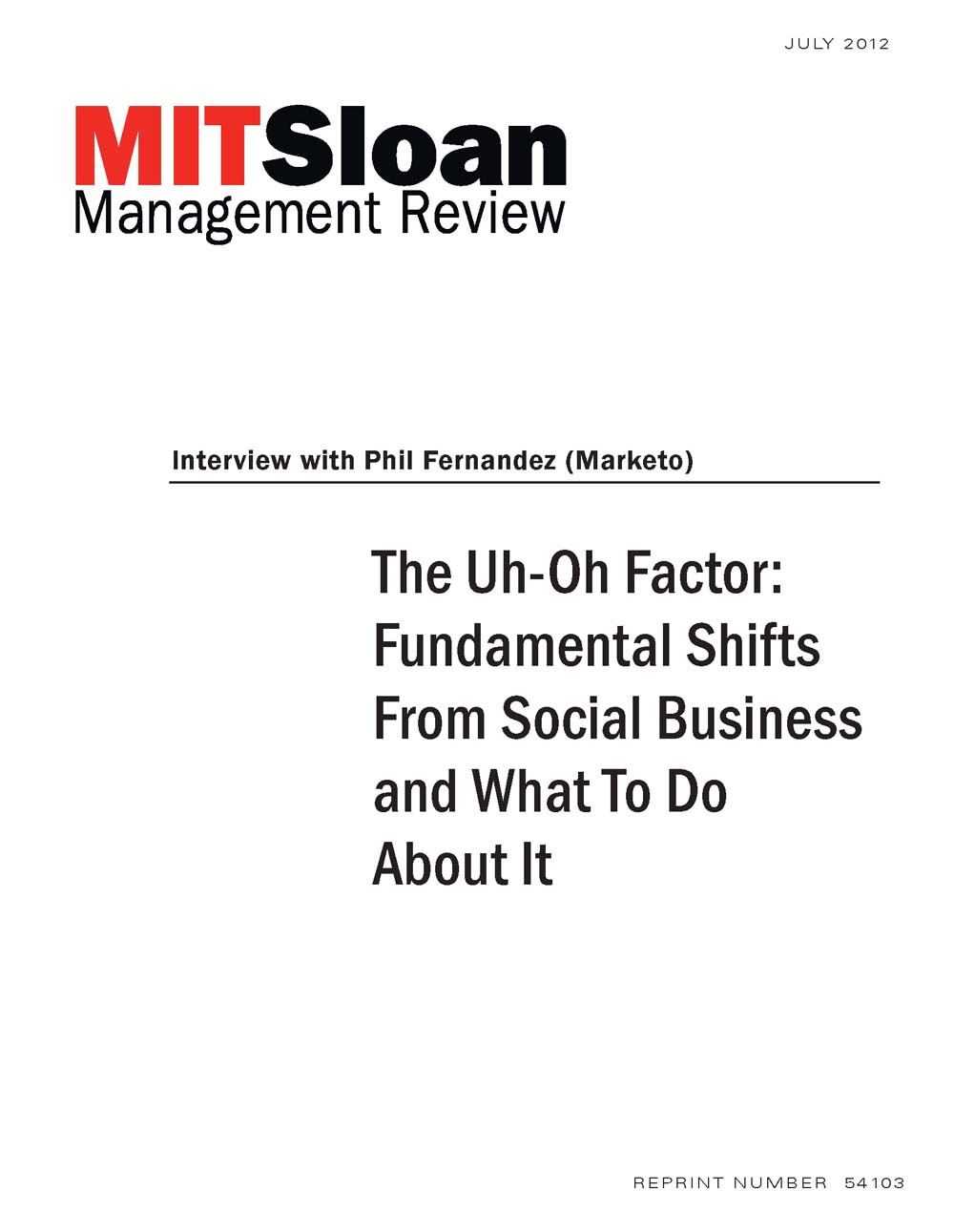 The Uh-Oh Factor: Fundamental Shifts From Social Business and What To Do About It

A serial entrepreneur he's taken two marketing-oriented companies public and is looking to do the same with his current endeavor Marketo president and CEO Phil Fernandez knows a thing or two about social business. Marketo utilizes social media, data analytics and Web site traffic to help companies find prospects, interact with them and ultimately, sell to them. His track record to date is impressive. Since Marketo started in 2006, Fernandez and his team have raised $107 in venture capital (yes, in this climate) earned $33 million in subscription revenue in 2011 alone revenue is expected to double that in 2012 -- and signed more than 2,000 customers, including the likes of Intel, LinkedIn, PayPal and McKesson.

As a 30-year veteran in Silicon Valley and the author of Revenue Disruption, a book that outlines strategies for companies to transform their sales and marketing organizations to accelerate growth, Fernandez has seen a few shifts in marketing strategies. He believes we're in the midst of another big one. A shift that has many companies, particularly in the business-to-business sector, caught off guard.

In a conversation with Renee Boucher Ferguson, a researcher and editor at MIT Sloan Management Review, Fernandez discussed the changing social business landscape and how companies can start to think about and capitalize on those changes.