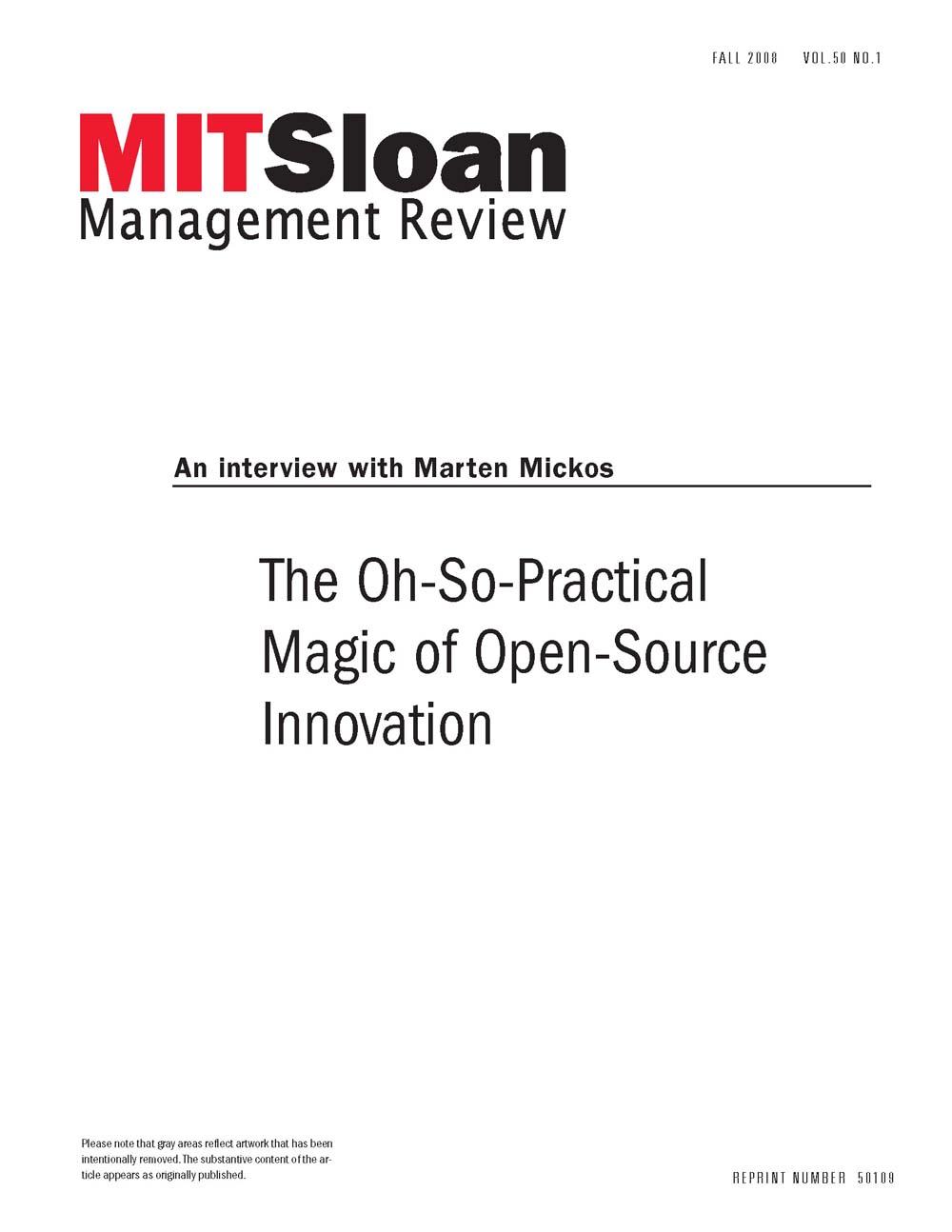 The Oh-So-Practical Magic of Open-Source Innovation

There are 12 million reasons why Marten Mickos isn’t afraid that his rivals in the database software industry will ever overtake him. “Let them try,” he says brazenly of his competitors. “Our secret is in the way we operate our culture, and I’m convinced others cannot imitate that.” MySQL AB, the business Mickos has built since 2001, has committed itself to “open-source” innovation since its founding, giving 12 million coders — who typically receive no compensation — permission to debug, add features or otherwise modify the product before redistributing it.

Mickos, now a senior vice president at Sun Microsystems Inc. after it acquired MySQL AB for $1 billion, talks with Josh Hyatt, freely sharing his ideas about why this Internet-age version of a barn raising produces superior innovation and the strengths and limitations of in-house innovation. He also discusses how open-source innovation isn’t for every company and how many organizations fail to engage the community and thus are forced to fold their open-source innovation projects. Mickos discusses engaging software developers who are so devoted to a process they seldom get paid for, and how these contributors are even willing to spend their own money to be a part of the process. Finally, he talks about whether dangers exist in open-source innovation, including potential damage to the code from malicious entities, competitors stealing code or ideas, and whether people will perceive this style of innovation as just a passing fad.