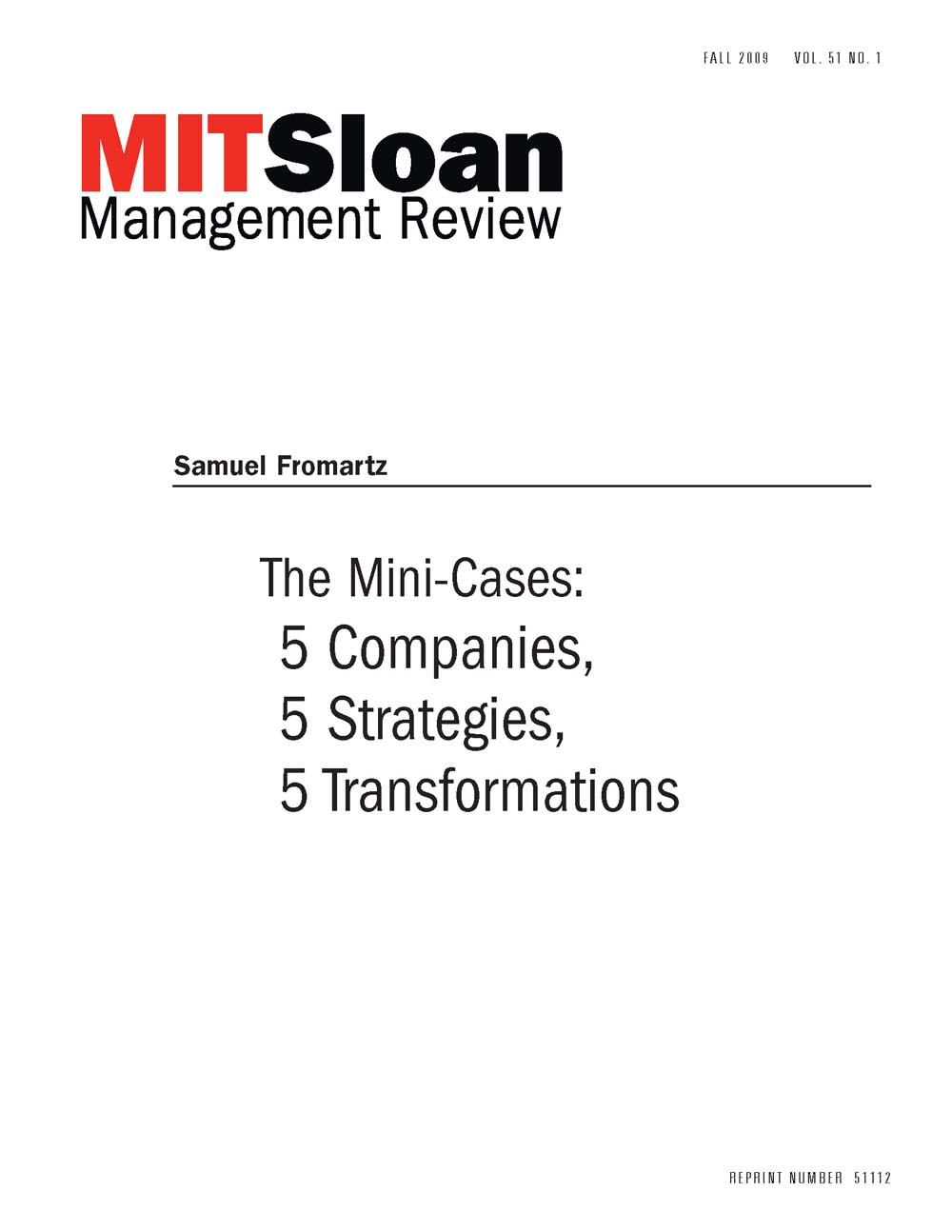 Sustainability is the buzzword du jour, but how do you actually go about achieving it? Well, it’s clear
there isn’t a one-size-fits-all strategy. Look at five companies, and you will see five different paths, each
particular to a specific company’s market and problems.
Take Nike Inc., whose brand is synonymous with cutting-edge design. Redesigning the athletic shoe
to cut down on material became a core element of its approach to reducing waste. But what works for
Nike might not exactly work for a company like start-up electric vehicle supplier Better PLC, LLC,
which is rolling out electric car recharging stations. How does it pursue sustainability? By identifying
the countries most receptive to its cutting-edge idea.
General Electric Co. takes yet another approach, seeing sustainability not only as a cost-savings measure
within the company (cut energy use, and emissions and costs go down) but also as a solution to sell
to other companies–hence, its $17 billion ecomagination unit. Mining giant Rio Tinto, in turn, looks
at it through a social lens, while Wal-Mart Stores Inc. sees sustainability as a challenge to revamp the
practices of its more than 100,000 suppliers.
In short, sustainability is less a target than an approach, which is why it is continually being refined. As
companies ramp up understanding, they also push the envelope of what can be accomplished. Though it
takes investment and commitment, the rewards are seen in cost savings, new products, customer engagement
and employee commitment. In this way, sustainability becomes a competitive advantage.