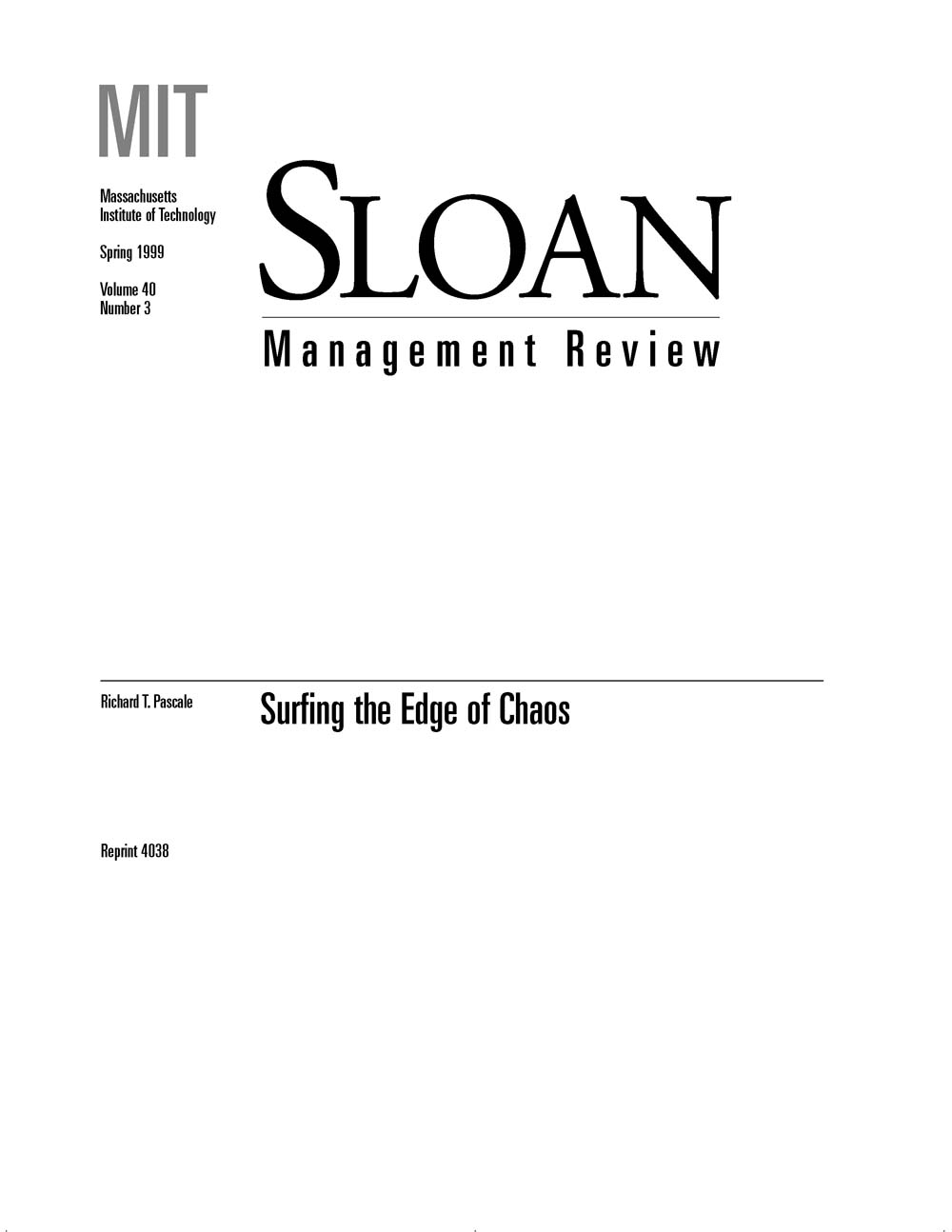 Surfing the Edge of Chaos

Every decade or two, a big idea in management thinking takes hold and becomes widely accepted. The next big idea must enable businesses to improve the hit rate of strategic initiatives and attain the level of renewal necessary for successful execution. Scientific research on complex adaptive systems has identified principles that apply to living things, from amoebae to organizations. Four principles in particular are relevant to new strategic work, as activities at Royal Dutch/Shell demonstrate:

1. Equilibrium equals death. The lure of equilibrium poses a constant danger to successful firms. In 1996, Shell was highly profitable, but fissures were forming below the surface. Downstream, Shell's oil products business faced grave competitive threats. Steve Miller, the business's group managing director and a student of complexity theory, recognized that to meet those threats, he would have to disturb equilibrium by bypassing the resistant bureaucracy and involving the front lines in renewal. By 1997, after a series of initiatives, Shell ranked first in share among major oil companies; by 1998, the business had made a contribution of more than $300 million to Shell's bottom line.

2. Complex adaptive systems exhibit the capacity of self-organization and emergent complexity. The living-systems approach focuses on the intelligence in the nodes. To tap the retailing potential of the forecourt of Shell's service stations, Miller drew on the insights of frontline troops. He assembled teams from operating companies around the world into "retailing boot camps," workshops for identifying and exploiting market opportunities. These generated many new ideas for beating the competition.

3. Complex adaptive systems move toward the edge of chaos when provoked by a complex task. Novelty emerges in the space between rigidity and randomness. At Shell, the coaching of country teams and the new project work that resulted led to a more direct, informal, and less hierarchical way of working.

4. One cannot direct a living system, only disturb it. Managers cannot assume that a particular input will produce a particular output. Miller has learned that "top-down strategies don't win ballgames. Experimentation, rapid learning, and seizing the momentum of success is the better approach." While leaders provide the vision and establish the context, solutions to ongoing challenges are generated by the people closest to the action.