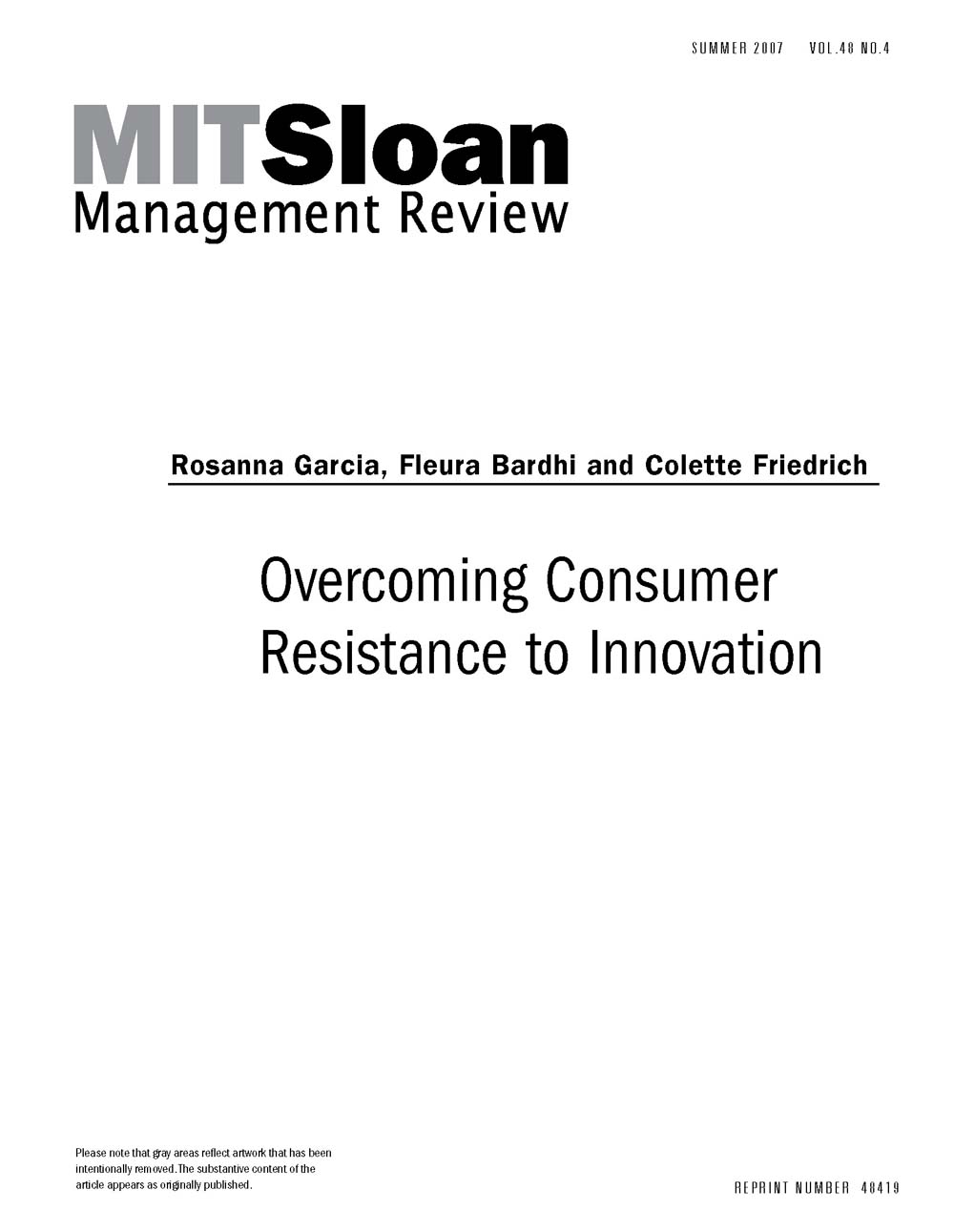 July 1, 2007 | Prof. Rosanna Garcia r.garcia@neu.edu , Prof. Fleura Bardhi f.bardhi@neu.edu , Prof. Colette Friedrich cfriedri@MIT.EDU | Innovation
Some successful innovations, such as the microwave oven and the dishwasher, were initially slow to achieve consumer acceptance. When consumers resist adopting an innovation because it requires them to alter established habits, the innovation is called a resistant innovation.

The authors use a case study involving the diffusion of screwcap wine closures in three countries -- Australia, New Zealand and the United States -- to analyze strategies for marketing a resistant innovation. For winemakers, screwcap closures represent a solution to "cork taint," a quality problem that can be caused by poor-quality corks and that can affect wine flavor. But consumers have shown resistance to screwcap closures, associating them with cheap wines or preferring the tradition associated with cork. However, among wine consumers in Australia and New Zealand, screwcaps have now achieved widespread acceptance. But 2005 wine industry statistics showed that less than 5% of U.S. wineries used screwcaps on fine wines.

What is the reason for this difference? Earlier research in 2004 had found few differences between U.S. wine consumers and those in Australia and New Zealand -- except in their attitudes toward screwcaps. Garcia, Bardhi and Friedrich interviewed decision makers at more than two dozen wineries in the three countries. The authors concluded that winemakers in Australia and New Zealand had generally taken a different approach to marketing screwcap wine closures than United States wineries did. United States winemakers tended to employ vertical cooperation strategies that involved working with distribution channels to market screwcaps. New Zealand and Australian winemakers, on the other hand, used coopetition strategies involving cooperation among wineries, such as a New Zealand wine industry group called the New Zealand Wine Seal Initiative.

The authors conclude that, under certain circumstances, coopetition strategies, which involve some cooperation among competitive firms, can be an effective strategy for marketing a resistant innovation. To determine whether or not coopetition is an appropriate strategy, the authors suggest that managers should analyze the marketing problem the new innovation faces and the resources available to address it; consider the kind of specific resources and knowledge that might be exchanged during coopetition; and evaluate the industry climate, including the role of trade associations and industry experts.