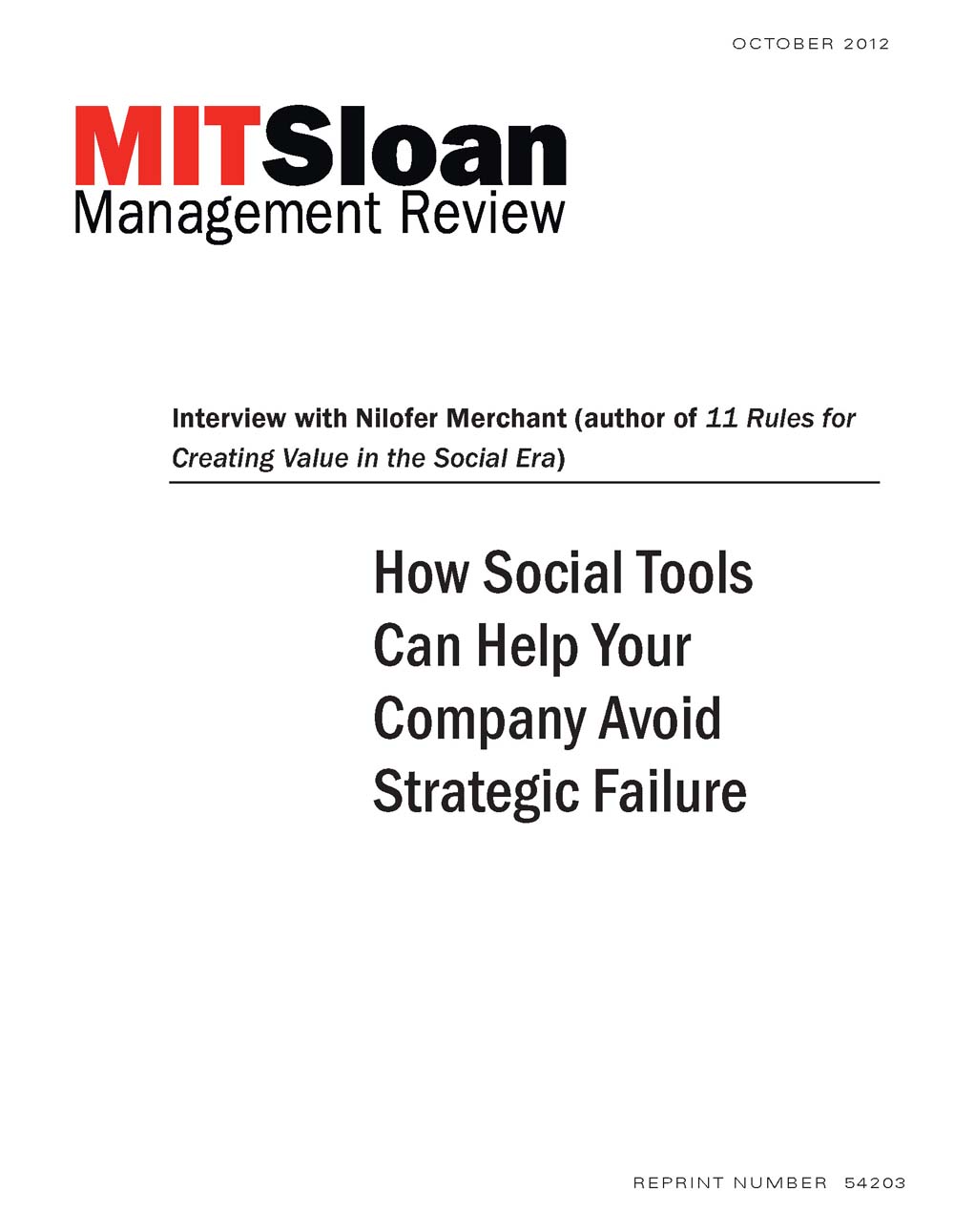 How Social Tools Can Help Your Company Avoid Strategic Failure

Author, businessperson and consultant Nilofer Merchant says that too many executives think only of "social media" when it comes to social. But she says that this is a much too limited view of what the potential of integrating social tools and technologies in an organization can provide the enterprise, potentially transforming the ways in which a company operates.

Merchant has authored two books on collaboration in the enterprise,åÊThe New HowåÊ(O'Reilly, 2010), as well as her latest work, an ebook titledåÊ11 Rules for Creating Value in the Social EraåÊ(Harvard Business Press, 2012), on how companies can leverage social to reinvent themselves

In this interview, Merchant shares several of her thoughts on the ways that integrating social tools, and having a social mindset can fundamentally change the way a company works. One of these is how decisions are made. Merchant says that in most companies, there is a problem in how information gets shared—something she calls the "Air SandwichåÊ. " That's a system whereby the top tells the bottom what to do and all the activity in the middle — the debates, trade-offs and necessary discussions — are missing. When there is a social platform in place, she says that the emerging collaboration helps make this process smoother and avoid this gap. She says that this Air Sandwich is "the source of all strategic failure and bureaucracy and slowness. Instead of centralized decisions, we need distributed input and distributed decisions."

Another area that she sees social transforming business is in jobs. She says that with social tools, "work is freed from jobs," and so the people who crate value are neither hired nor paid by the firm. This change relates to another major transformation that Merchant sees where "the customer is no longer just the buyer but also a co-creator". She says that when firms allow its customers to co-create a product the value of the product fundamentally changes to being more personal and the way the customer wants it.