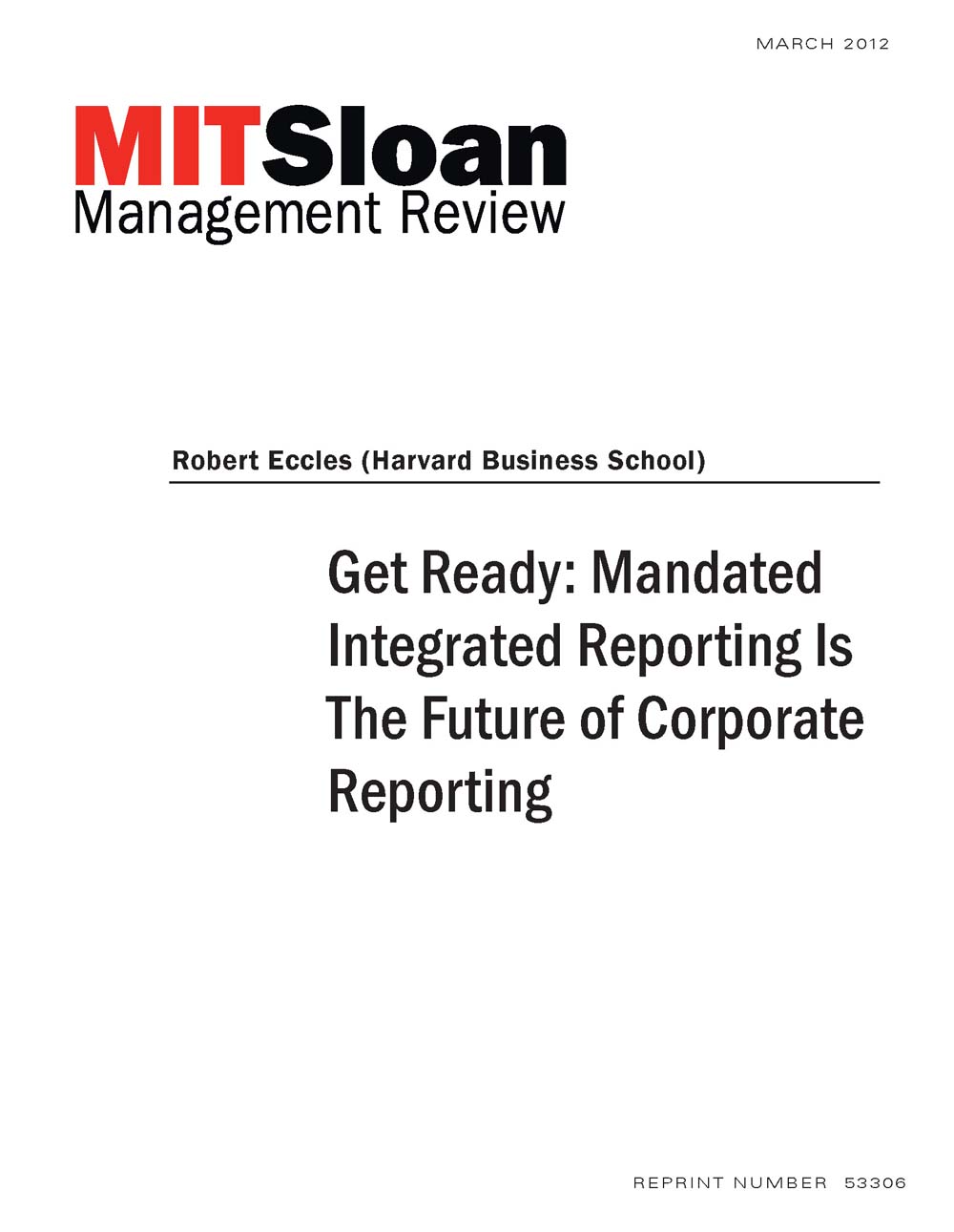 Get Ready: Mandated Integrated Reporting Is The Future of Corporate Reporting

An interview with David Kiron and Robert Eccles.
Trying to create reporting standards that integrate environmental, social, and governance performance along with financial information is “fraught with conflict” and an “almost political adjudication process,” says Harvard Business School’s Robert Eccles. That’s why he loves it.
As co-author of One Report: Integrated Reporting for a Sustainable Strategy (Wiley, 2010), Building Public Trust: The Future of Corporate Reporting (Wiley, 2002) and The ValueReporting Revolution: Moving Beyond the Earnings Game (Wiley, 2001), Robert Eccles has carved out a unique role. He has become, as he puts it, part of “this tiny little network, maybe 10 to 20 people at its core, in this bizarre little domain of standard-setting for nonfinancial information.” Eccles’ great passion is integrated reporting, the concept of having public companies publish annual reports that include not just the now-required financial information, but information on their environmental, social, and governance (ESG) performances, too.
Integrated reporting, also known as “One Report,” has been taken up by a handful of companies, including United Technologies Corporation, American Electric Power, Southwest Airlines, Germany’s BASF, Denmark’s Novo Nordisk, Brazil’s Natura, and the Netherlands’ Philips. For most companies, the question of whether to pursue integrated reporting is optional, and one that they have not yet chosen to pursue. Eccles wants to change that. When a company is forced to look at and report on the resources it consumes, the wastes it creates, the human capital it uses and develops, the way it manages risk, and the communities it helps or disrupts, the reporting, he says, has the potential to be a mechanism for not just articulating actions more clearly but for spurring them, too.
In a conversation with David Kiron, executive editor of Innovation Hubs for MIT Sloan Management Review, Eccles, a professor of management practice at Harvard Business School, explained why it’s critical that integrated reporting be mandatory, standardized, and backed by clear enforcement–and why the current hodgepodge of overseers makes the field too chaotic.