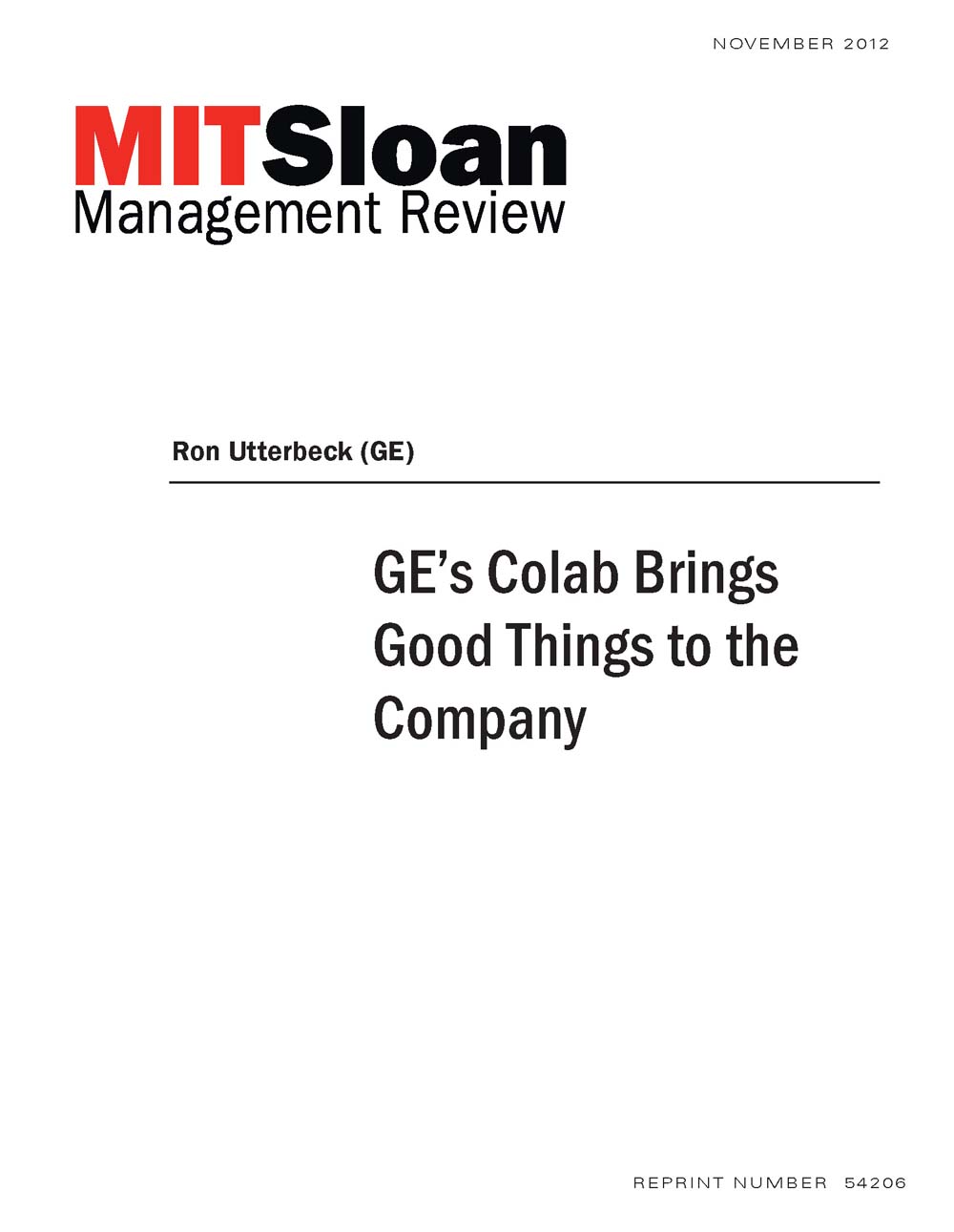 At GE, an internal social network called GEColab is linking up the firm's 115,000 employees from around the globe, offering a variety of benefits. Among them are easier location of internal experts, better knowledge sharing, faster resolution of problems, and the ability to share documents in a meaningful context.

Ron Utterbeck, GE's CIO for GE Corporate and the Advanced Manufacturing Software Technology Center in Michigan explains the process and thinking behind instituting this Facebook-like network and what makes it effective.

The impetus behind the creation GE Colab was the realization that employees were being inundated with unconnected and unwieldy collaboration tools. Once there was a decision to drive consistency by creating its own platform, Utterbeck says that the firm decided the best way to jump start use was to roll it out to its power users and get user adoption quickly. He said a reason it did well early on was that he didn't wait until it was 100% ready. "We launched it knowing that it was good enough to get people to start moving on it, and then we started to get feedback. And then we incorporated that feedback into quick releases."

In addition to faster and more effective collaboration, Utterbeck also says that the network works well because it makes employees' jobs easier because they get value out of it. It's even spurred intergenerational communication, which wasn't happening as often as it should. GE Colab is also being used to learn from customers about what features people like and don't like, and even to get ideas on future product design. He sees potential in adding app functionality, where business processes could be done faster and more effectively right in the network.

As for the question of measurement and ROI, Utterbeck says that while the firm does track usage and adoption, because the platform is used by employees to get their job done, they come back regularly, to get value. So there has been no push or need to come up with an ROI.