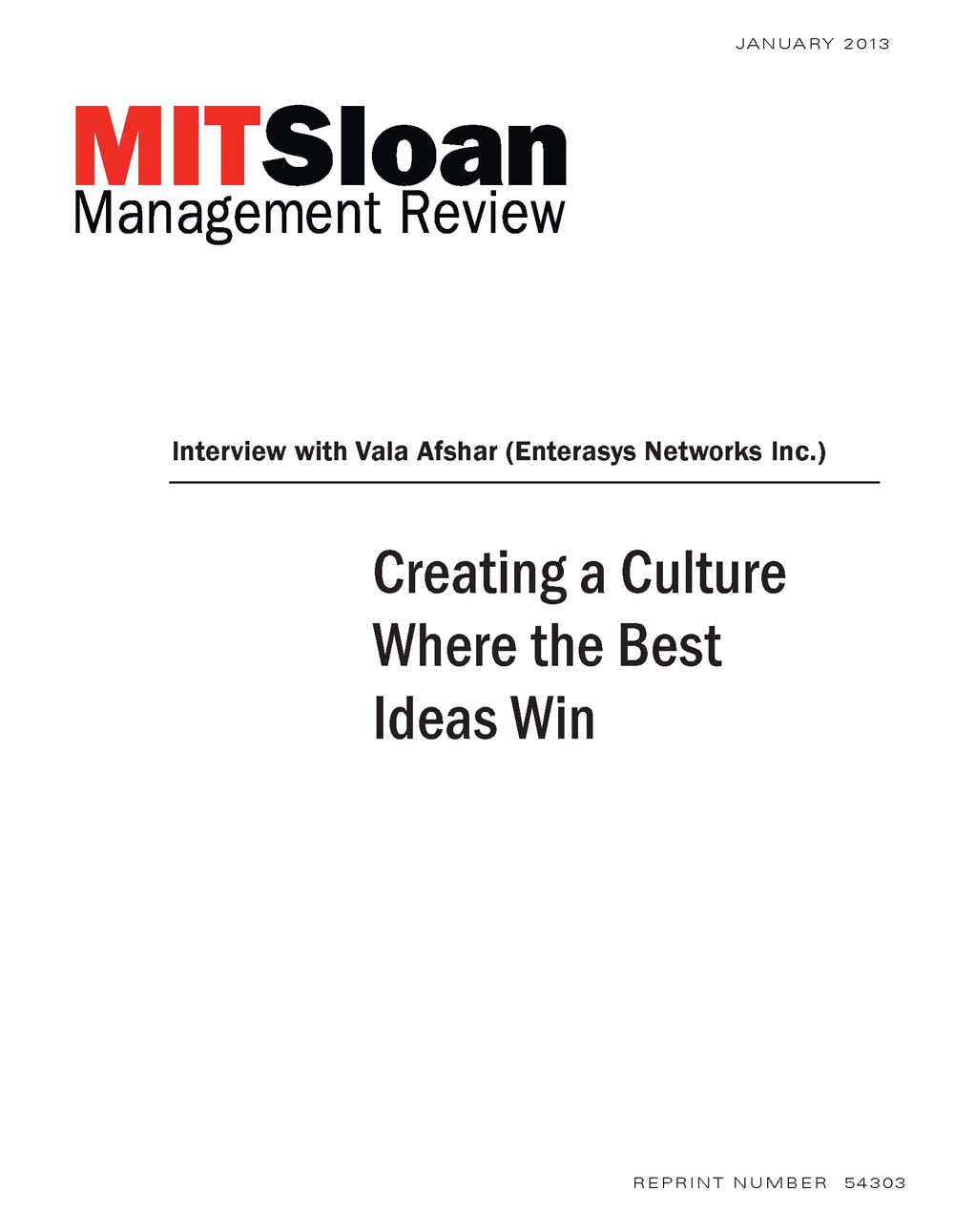 Creating a Culture Where the Best Ideas Win

At Enterasys Networks Inc., a provider of wired and wireless network infrastructure located in Andover, MA, Chief Marketing Officer Vala Afshar has leveraged social media to enhance the firm's existing culture of openness. Afshar did this by integrating Salesforce.com's Chatter social network which is allowing employees to more easily ask questions and share information among anyone in the organization, no matter what their position or title is. The result, says Afshar is a company with a flatter culture where employees with the best ideas, not the highest titles are recognized.

Afshar explains how he ramped up the use of Chatter by automatically prepopulating the network with employees' biographies, as well as identifying the change agents in the firm who would create Chatter groups and get conversations going. He also found that after having so many people follow him on Chatter internally, that launching a public Twitter account was the next logical step, and now reports having over 10,000 followers.

A huge benefit of becoming a more social company, Afshar says too has been developing a much deeper relationship with his customers. "There's a personalization", he says that has created a more trusting relationship.

One of the particularly innovative and unusual uses of social at Enterasys has been populating its social network not only with people, but with machine inputs as well. The firm created a system called "Isaac" to connect to its remote machine diagnostic commands, and took complex machine language and converted it to tweets, Facebook messages and chats. These are then used to identify parts or system failures that are parsed and used to create a helpdesk ticket so initiate communication with its customers.

Enterasys has been recognized by the Boston Business Journal and the Boston Globe as one of the best places to work. Afshar attributes a good deal of this recognition to its culture of openness, strengthened and facilitated by its becoming a social company.