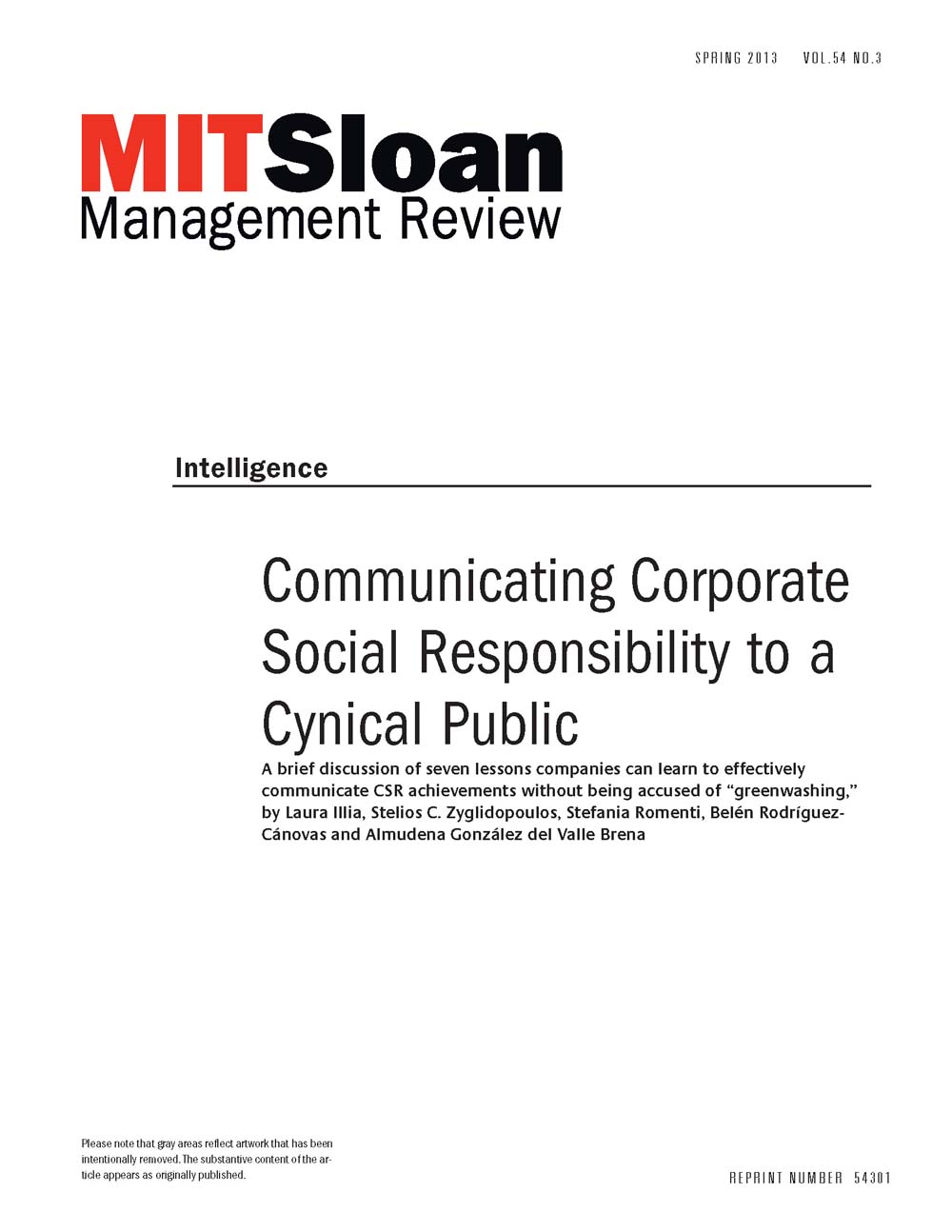 Companies are increasingly engaging in corporate social responsibility (CSR) activities. But unless companies communicate their CSR achievements wisely to stakeholders, they fear being accused of greenwashing. A study of CSR communication practices in 251 European corporations yields seven guidelines for effective CSR communication.

The authors conclude that many beliefs about the risks associated with CSR communication are exaggerated, and that companies that communicate honestly about their activities have little to fear. Managers, the authors advise, should not be afraid of the media or underestimate the ability of the public to understand the complexity of CSR issues. Companies should address big issues head-on and not try to present an image of a picture-perfect company. Furthermore, communicating CSR should be the job of the whole organization — in the sense that the whole organization should set a visible example of what is being communicated. The authors also point out that saying that your company engages in more CSR than it really does can backfire and delegitimize existing CSR initiatives.

Different companies will vary in which of the above lessons apply most to them, the authors note. Companies that say they do more CSR than they actually do should understand that the public sees through such attempts.