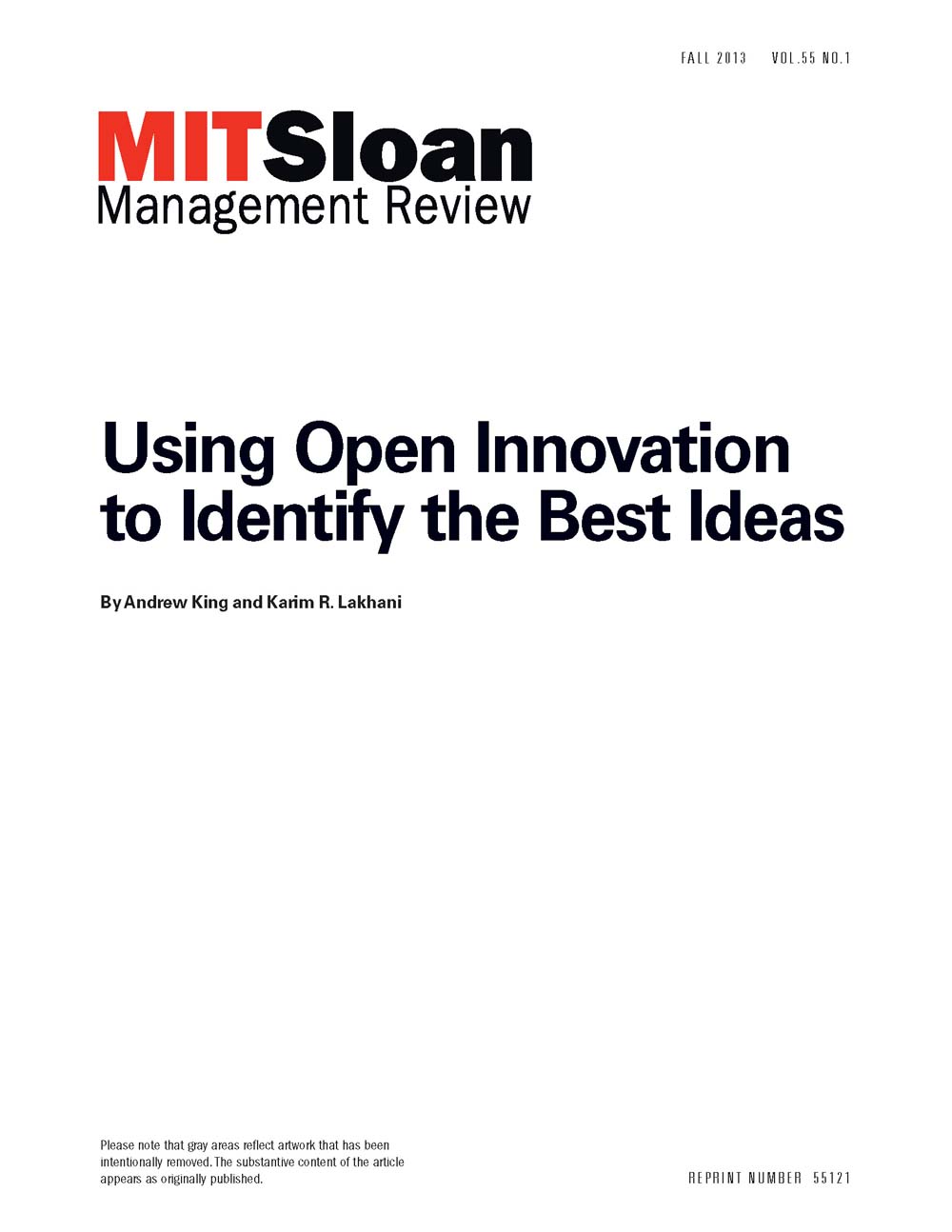 Which parts of your innovation processes should you open up to the wider world? To reap the benefits of open innovation, executives must understand what to open, how to open it and how to manage the resulting problems. According to authors Andrew King, of Dartmouth College's Tuck School of Business, and Karim R. Lakhani, of the Harvard Business School and the NASA Tournament Lab, many organizations "are finding that making open innovation work can be more complicated than it looks."

For instance, when opening idea generation, managers need to overcome innovators' reluctance to disclose their ideas. "Nobel Prize laureate Kenneth Arrow argued that the value of an idea cannot be assessed unless it is revealed," the authors note. "But once it's revealed, the potential buyer has it can decline to pay for it." Intellectual property rights can be a key issue for some innovation projects. "Fear of having their ideas copied unfairly might discourage the most talented innovators from participating in contests, leaving sponsors with a weaker pool of entries."

The challenge can be overcome, however. S.C. Johnson & ; Son, for example, "has worked diligently to establish itself as an honest buyer of external ideas and thus has succeeded in attracting good ideas from outsiders."

King and Lakhani detail specific ways that companies can open up both the idea-generation process as well as the idea-selection process to the benefit of both the organization and the innovator. They also help establish ways that organizations can think through what will be the right open-innovation strategy for them.