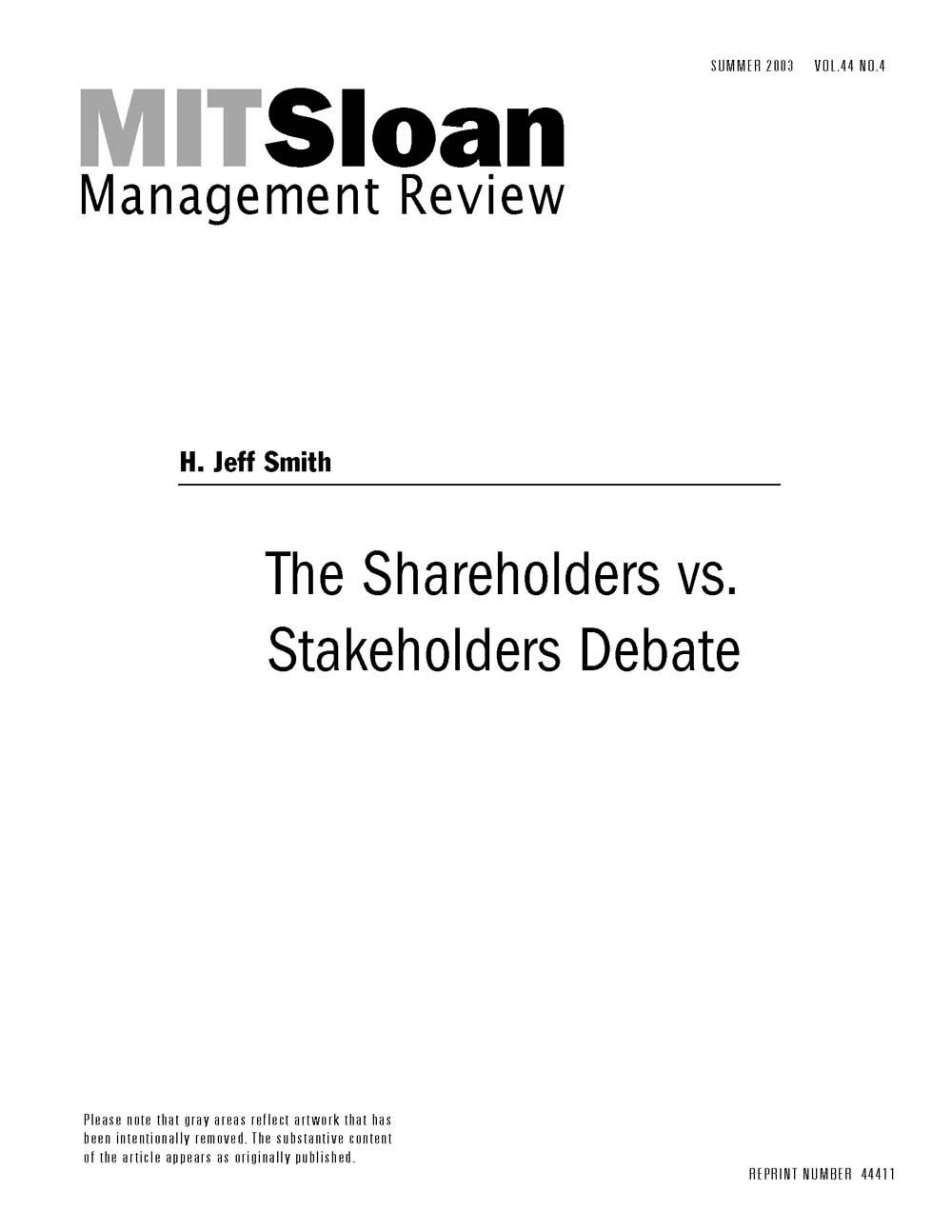 The Shareholders vs. Stakeholders Debate

Corporate scandals at Enron and Global Crossing have caused many to question the shareholder theory of corporate governance — that is, a manager’s primary duty is to maximize shareholder returns. Many now advocate a stakeholder-oriented approach, balancing the interests of a company’s various constituencies even if it reduces shareholder returns. But does the dominance of the shareholder theory reward socially destructive actions by corporations? The answer, says a Wake Forest University professor, lies in determining what each theory says and doesn’t say.

Referencing the observations of Milton Friedman, Michael Jensen and William Meckling, among others, the author analyses how each approach is often misinterpreted. He concludes that both theories suggest very different things from what conventional wisdom would suggest. For example, the common belief that shareholder theory advocates profit by any means, illegal or otherwise, does not hold up to logical scrutiny, and thus blaming the approach for recent scandals is misguided. Stakeholder theory, often thought not to take account of the interests of shareholders, in fact does so by seeking to ensure the long-term sustainability of the company.

The author concludes that although shareholder theory is often inaccurately maligned, the stakeholder-theory approach may be more conducive to balancing a wide variety of corporate interests and thereby discouraging impropriety. He advocates that executives and boards take the perceptions of both theories into account when formulating strategy and enunciate their stance in all organizational communications. Only within that kind of clearly delineated context, he suggests, can managers be expected to make appropriate decisions.