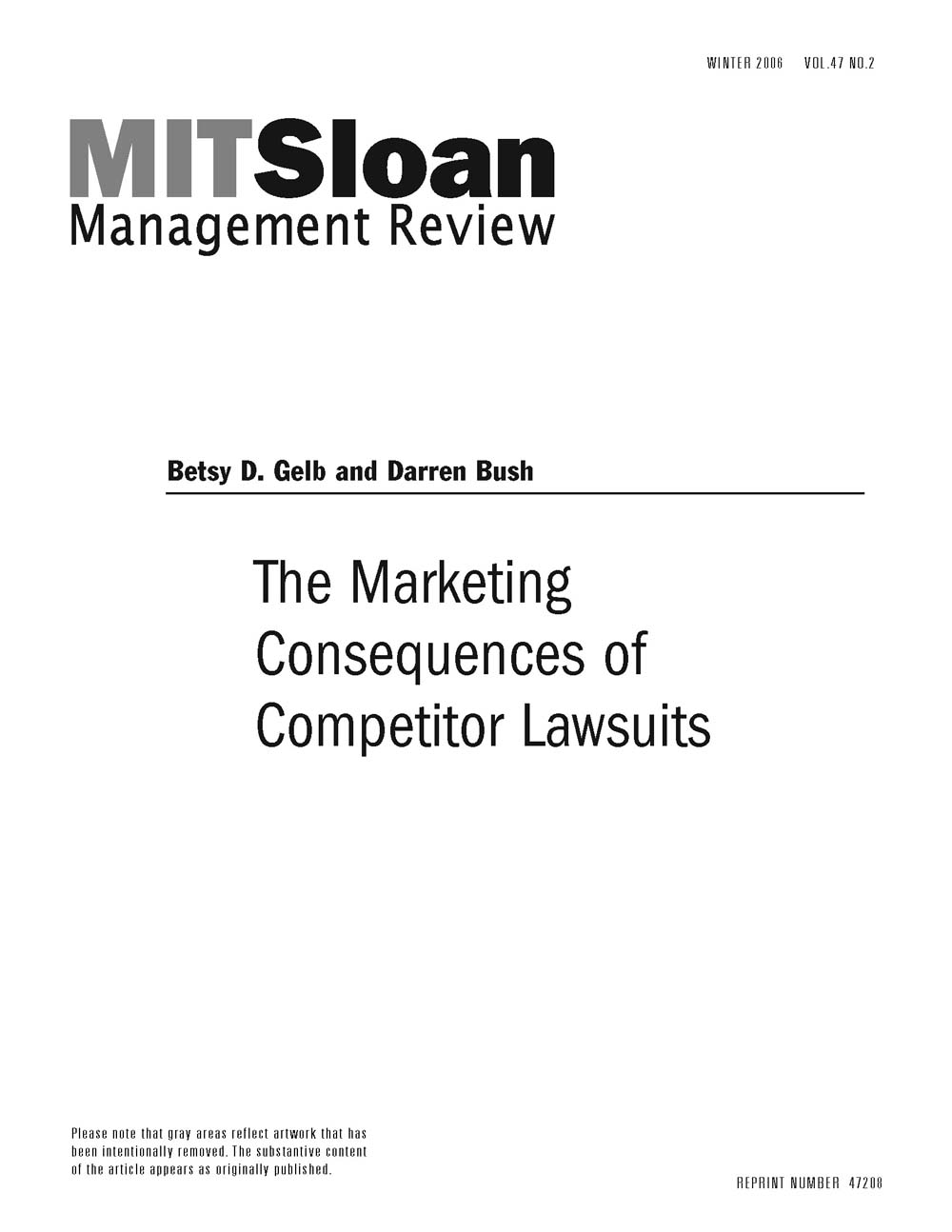 The Marketing Consequences of Competitor Lawsuits

January 1, 2006 | Betsy D. Gelb , Darren Bush | Marketing
Traditionally, when managers have been considering whether to file a lawsuit, their attorneys have advised them on factors such as the likely costs of a suit and the probability of obtaining damages. However, the authors note, companies today may want to consider an additional factor: the possible marketing consequences -- positive or negative -- of a given lawsuit.

In particular, the authors discuss the marketing implications of lawsuits between competitors or potential competitors. They consider the marketing ramifications of a lawsuit between two rival pizza chains, Pizza Hut Inc. and Papa John's International, over advertising claims made by Papa John's -- and conclude that publicity surrounding an initial verdict in Pizza Hut's favor (a verdict later overturned) generally conveyed Pizza Hut's perspective to the public, presumably with more credibility than similar advertising would have. The authors also examine a trademark dispute between Starbucks Corp. and the owner of the Old Quarter Acoustic Caf_, a bar in Galveston, Texas, which markets "Starbock" beer. In this case, they observe that Starbucks faced the marketing risk of appearing to be a bully. The authors also explore how large corporations in suits with smaller rivals may face a risk of negative publicity, while small companies may face financial risks.