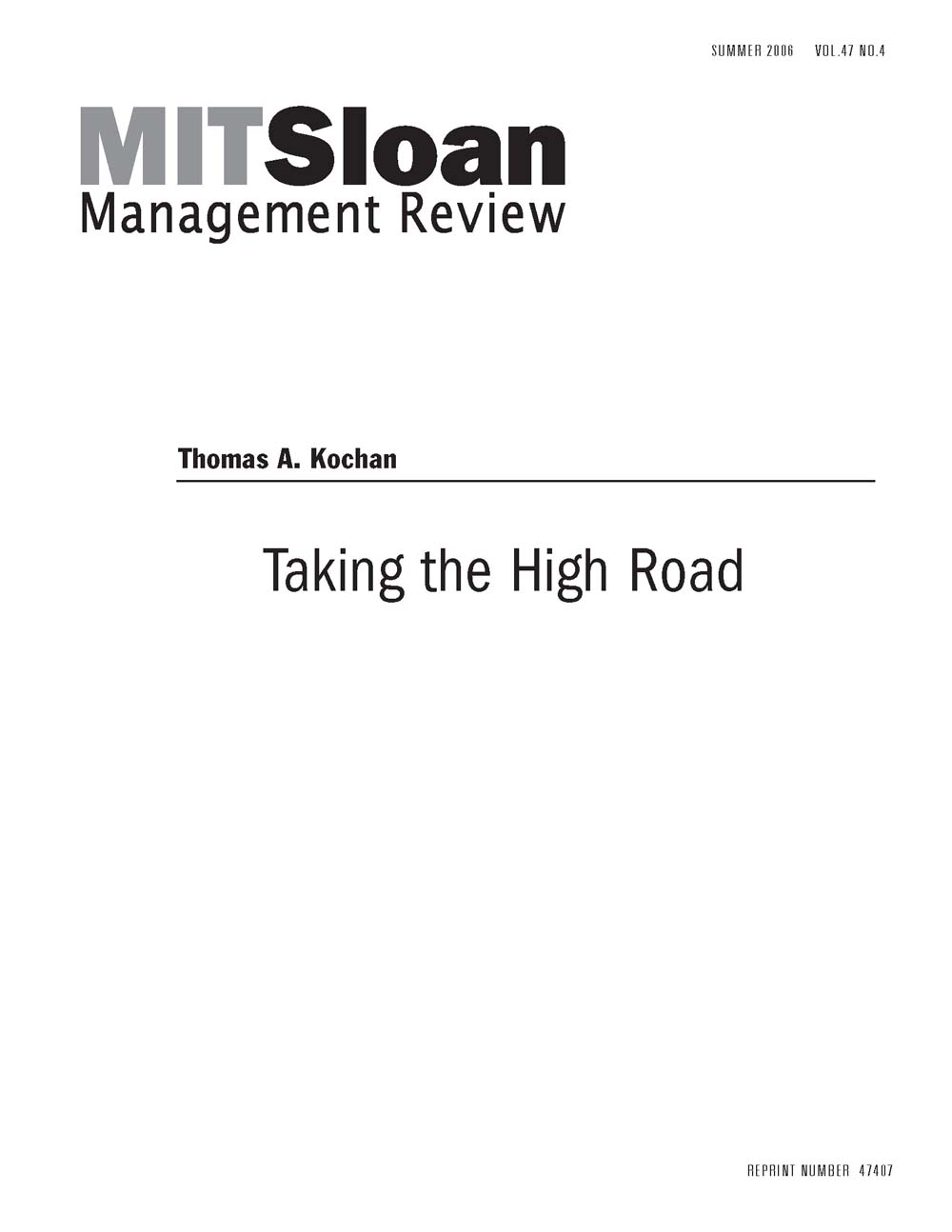 With real wages stagnating and job security elusive for many U.S. workers, the American dream of an improved standard of living for each generation is in jeopardy. The author argues that, although many companies seek to become competitive primarily by reducing costs such as labor, there is another option. A substantial body of research, he reports, indicates that companies that invest in their workforces to build knowledge-based organizations can achieve a return on their investment through higher productivity and profitability. The author cites the example of Continental Airlines Inc., which after an era under Frank Lorenzo that was marked by wage cuts and bankruptcy, experienced improved performance and reputation under a new leadership team with a more collaborative management approach. Southwest Airlines Co. and JetBlue Airways Corp. are also examples of airlines that pursue a high-trust, knowledge-based strategy, while Toyota Motor Corp. and Kaiser Permanente are examples from other industries. Executives interested in building knowledge-based organizations can create momentum for their initiatives in several ways: by carefully documenting the gains from knowledge-based strategies, by encouraging employee representation in corporate governance matters, and by working with other leaders to approach problems that no single company can solve alone.