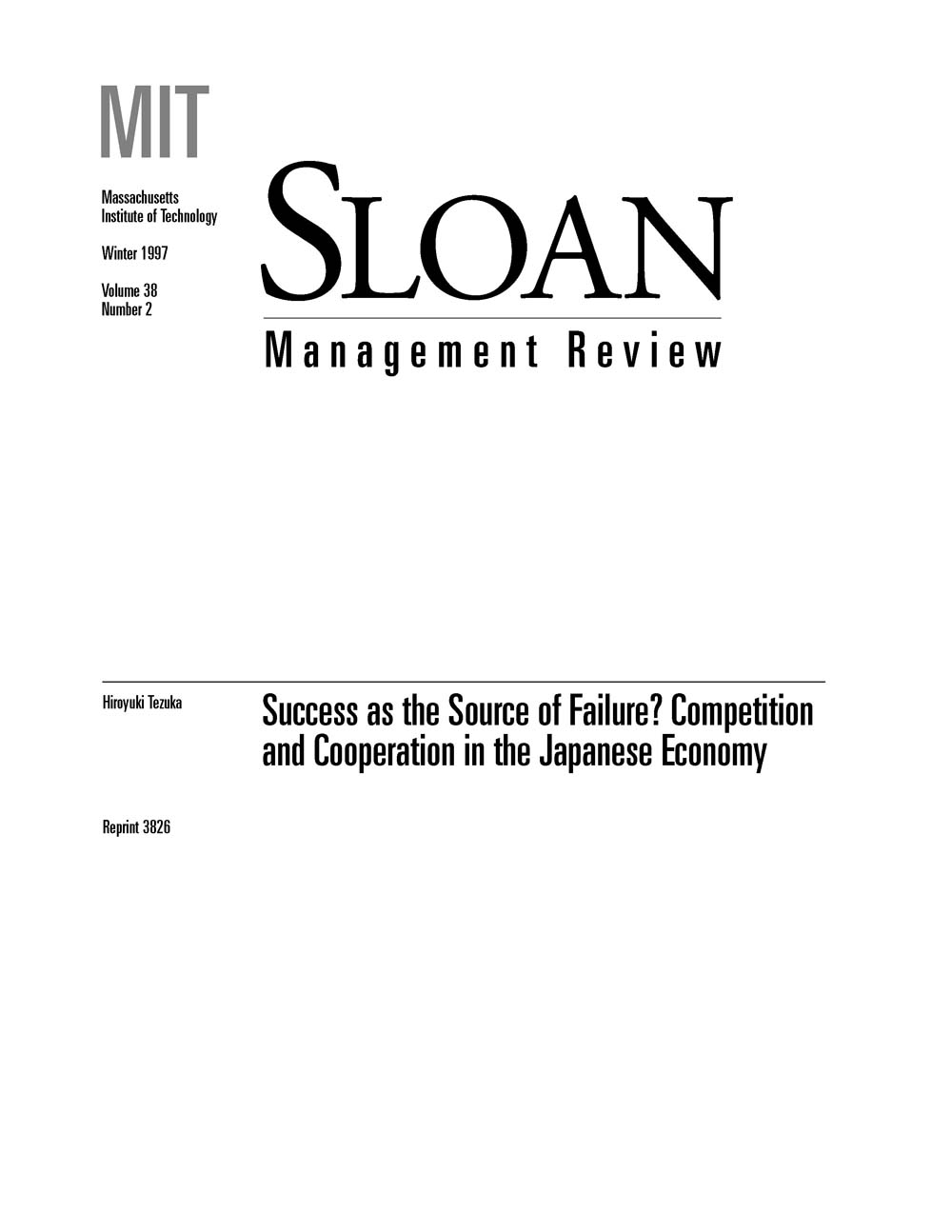 Success as the Source of Failure?: Competition and Cooperation in the Japanese Economy

Will the Japanese business system, based on favorable industrial policies, the keiretsu, and lifetime employment, survive the current recession? While simultaneous competition and cooperation among companies have fostered growth and a system without 'losers,' fundamental changes may require an upsurge in risk-taking Japanese entrepreneurs."Critics may argue that the Japanese business system fosters collusion while restricting competition. Tezuka argues that the system is instead fueled by competition. He studies the Japanese type of competition, Japan's industrial policy, keiretsu, and its employment system.

Tezuka suggests that there are no monopolies in Japan as there are in the United States; for example, while IBM long maintained a dominant position in mainframe computers, in Japan, there were three companies vying with IBM Japan. Also, leading Japanese firms have had lower profits compared with those in the United States and Britain. What has prevented a falling out of weaker firms, according to Tezuka, are three elements of the Japanese system:

-- Government policies, particularly those of the Ministry of International Trade and Industry (MITI), have sustained strong economic competition. They have helped the country to avoid unemployment but have given as much support to losing industries as to winners.

-- The keiretsu, both horizontal and vertical, work as competitive mechanisms to sort out weak companies or encourage them to move into high-growth industries

-- Lifetime employment functions as a substitute for government welfare programs. But employees cannot easily change employers and may wait years for promotions in a stressful system of fierce competition evaluated on group rather than individual performance.

Tezuka sees major problems with the three elements. The severe competition among companies has led to overinvestment in production capacity. The competition has held down operating profits, accelerated the speed of product development, and shortened product life. It has also raised the entry barriers for non-Japanese firms. Tezuka predicts that the system in its current form will have three effects: (1) companies will be forced to profit from operations rather than relying on continuous asset inflation due to economic growth; (2) companies will reduce costs by cutting employment; and (3) generational conflicts will increase as young people receive few rewards for their productivity.

The Japanese government, says the author, must help strong companies become stronger and eliminate weak companies. It must develop more flexible white- and blue-collar labor markets. And it must encourage risk-taking entrepreneurs, in a society traditionally adapted to competition without losers, to start new businesses.