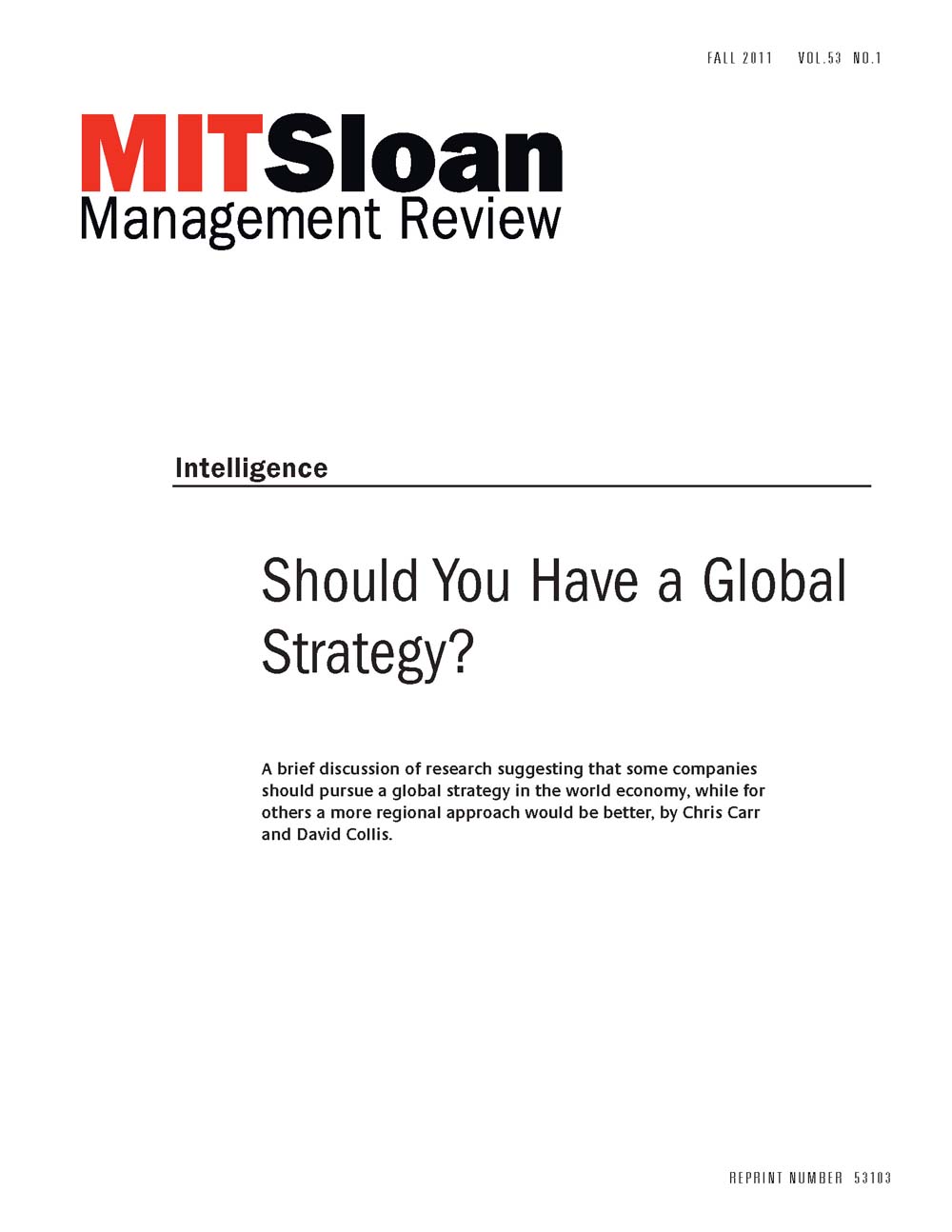 Should You Have a Global Strategy?

Senior executives weighing strategies appropriate for today's global economy will hear contradictory advice. Some say you need to move quickly, before competitors, to establish a worldwide presence; others cite data showing that this approach is often less profitable. Those making the case for taking a global approach, including Thomas L. Friedman in his book The World Is Flat, argue that success requires treating the world as a single entity. Those advocating a more geographically restricted, regional strategy say that the world is, at best, semi-integrated, and that smart companies can capitalize on regional and country differences. The reality is that neither approach is appropriate for every circumstance. Therefore, executives need to understand when to pursue one route and when to pursue the other.

The criteria need to be tied to the dynamics of the particular industry, specifically the concentration levels of the four largest competitors (also known as the global concentration ratio, or CR4). This article's analysis of 50 industries reveals extremely high global concentration ratios — averaging 50%, which is 1.5% higher than eight years earlier. The small increase does not by itself say that industry is becoming more global. In fact, it conceals dramatic differences from industry to industry: Some, such as steel and cement, have seen huge increases in concentration; others, such as autos, have actually seen declines.

To paint a picture of the strategic implications, this article frames and describes four competitive scenarios, according to the level of the global CR4, and whether it has been rising or falling. Each scenario offers a different opportunity for profit and different implications for how companies can compete.