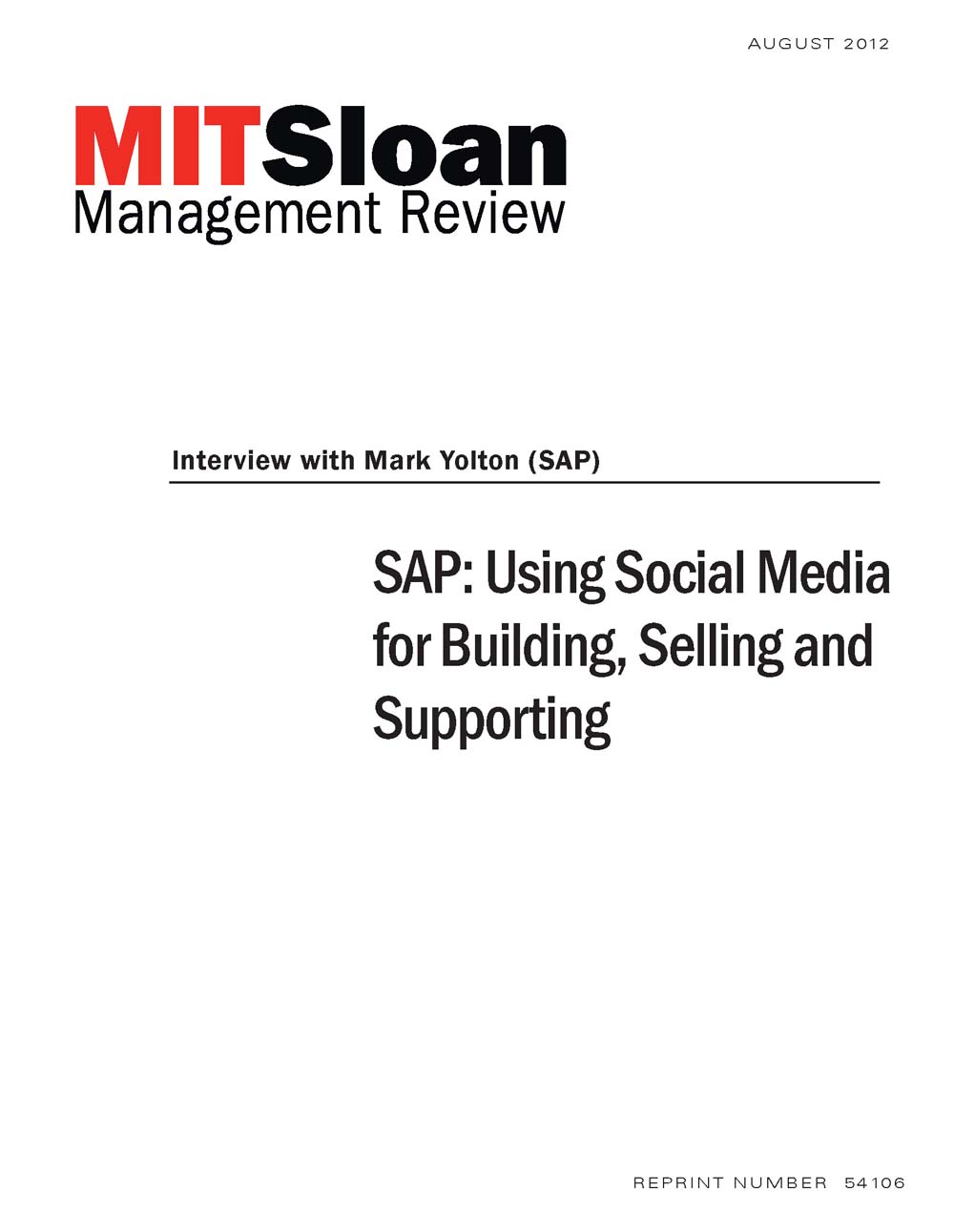 As senior vice president of SAP Communities & Social Media, Mark Yolton oversees a huge array of interactions. They include everything that takes place in the SAP Community Network, a hosted online community of more than two million members including customers, partners, employees, influencers and competitors. They also include SAP's participation on third party social media platforms including Twitter, Facebook, LinkedIn, YouTube, Google Plus and SlideShare. In addition to that he is responsible for in-person events for members of its community and broad ecosystem, including SAP TechEd which will host 35,000 attendees at four locations around the world in 2012. And just recently, he took on the additional responsibility for the company's official website, SAP.com [http://sap.com] and its 72 localized country websites in 40 languages.

"Even with a company as complex as SAP, with 60,000 employees around the world, we really only do three basic things," says Yolton. "We build solutions, we sell solutions, and then we support our customers to be successful in using those solutions. And in each of those three areas, social media plays an important role."

In a conversation with David Kiron, executive editor of Innovation Hubs at MIT Sloan Management Review, Yolton talked about how SAP has continually modernized its online forums, how it nurtures idea development through crowd sourcing at its Idea Place, and the value of being able to communicate directly with millions of customers whenever it launches a new product or service.