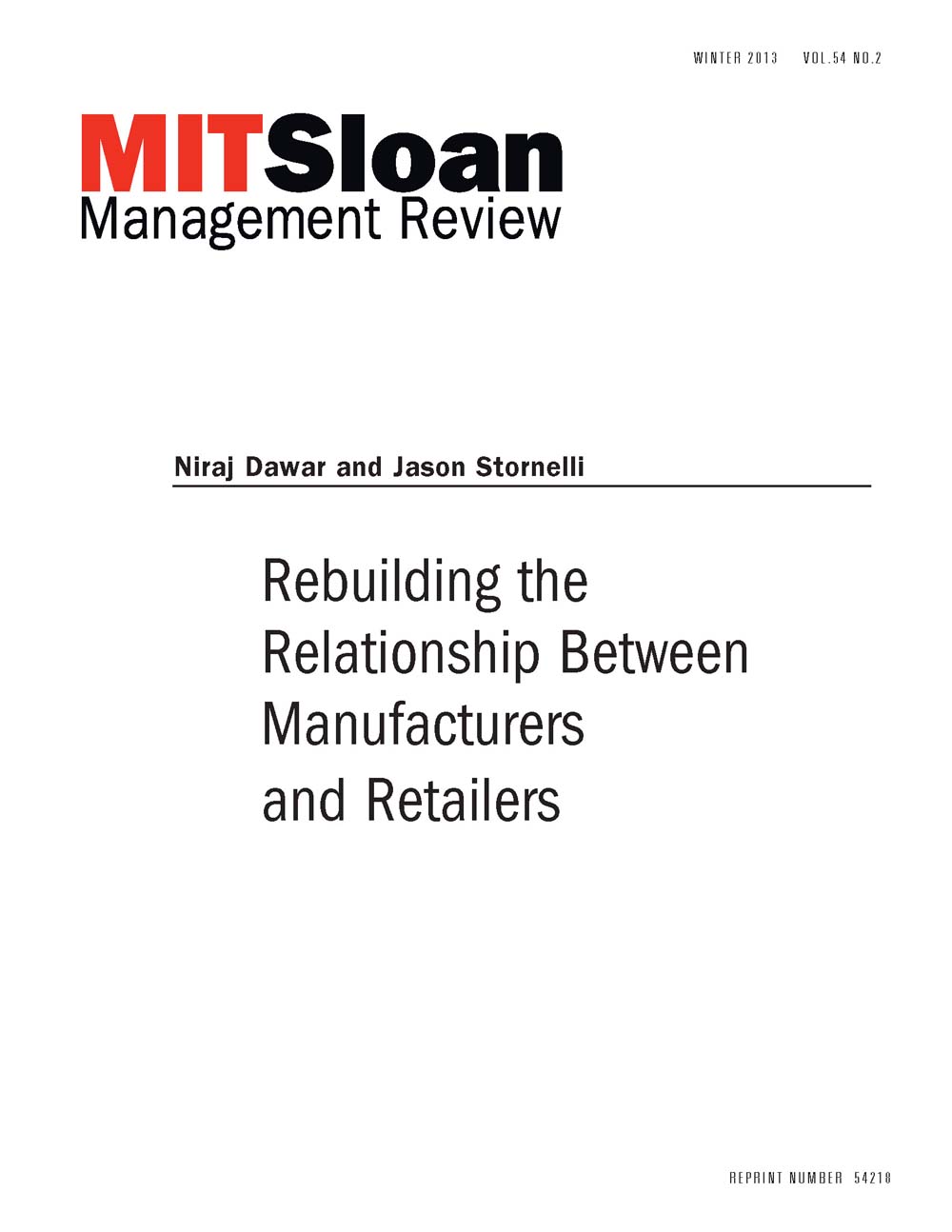 Rebuilding the Relationship Between Manufacturers and Retailers

In the perennial tug of war between manufacturers and retailers, retailers seem to be winning. Today’s retail industry is more concentrated than ever "Ò in many industries and markets, a handful of retailers account for a majority of the sales. Their ability to control market access and influence consumer buying behavior means that manufacturers need retailers more than ever. And just imperatively, the authors argue, they need to understand what makes retailers tick.

As retailer influence has grown, they note, power has moved downstream. For example, Wal-Mart’s sale are approximately 4.5 times greater than those of its largest supplier, Procter & ; Gamble. Consolidation and the global scale of retailers have reduced the number of “buying points” that manufacturers can develop.

Yet neither side is satisfied with the current system. Many retailers have difficulty converting trade promotion into profits. Rather than building longer-term partnerships with suppliers and nurturing store and shopper loyalty, retailers tend to compete on price and fritter away the trade support they extract from manufacturers.

What can be done to improve the situation? While manufacturers are locked into large fixed investments and wedded to products and brands with long payback cycles, retailers have a variety of ways of making money. The particular approach, or the mixture of approaches, that a retailer selects defines the retailer’s business model and how it differs from competitors.

The article highlights four different retail business models, as exemplified by Tesco, which connects with consumers through its loyalty program; Loblaw, which relies heavily on private labels; Costco, which gets its suppliers to finance its inventory; and Wal-Mart, which focuses closely on margins.