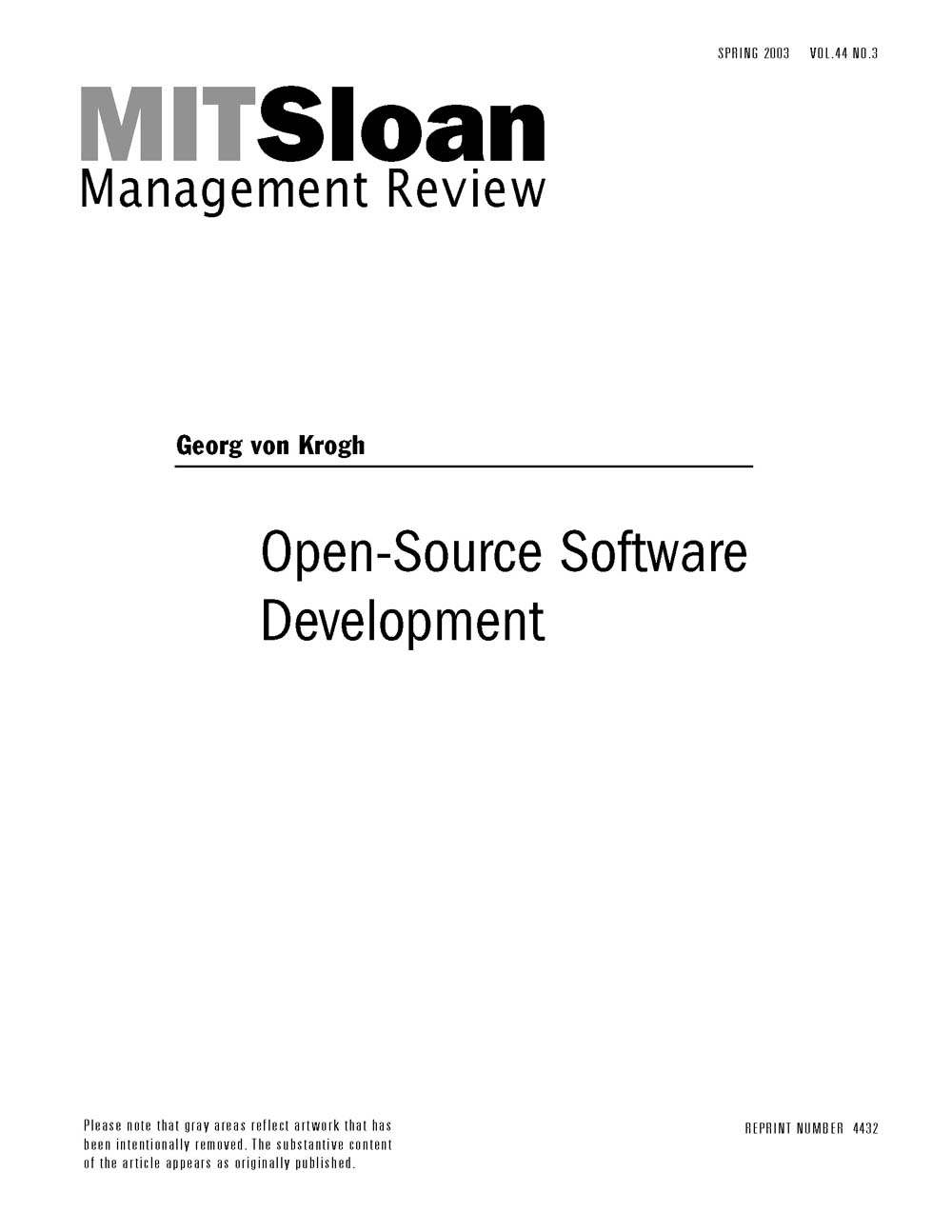 By reviewing the history of the open-source movement and highlighting recent research on its unique developmental processes, the author suggests that there are general lessons for anyone seeking to encourage innovation in any field or industry.

What incentives, for instance, spark these Internet-based communities of software developers to innovate voluntarily outside the company’s boundaries without formal work agreements? Research shows that open-source software developers freely reveal and share information because they garner personal benefits, such as reputation enhancement, expertise refinement and, quite simply, enjoyment.

Researchers also note that, since most of these benefits are contingent upon membership in well-functioning developer enclaves, a sense of community is important to the open-source phenomenon. For example, identification with the highly esteemed Linux operating-system project instills a sense of responsibility and loyalty among contributors, who are motivated by their perceived indispensability to the team. Researchers point out, however, that developers also are motivated by a pragmatic desire to customize software.

Much of the referenced research explores the unusual nature of open-source licensing agreements and intellectual-property protection. That is, open-source licenses guarantee the rights not of developers, but of future users against appropriation, and developers guard their work zealously with online sanctioning, brands and logos.

Noting that the products emanating from open-source projects are often commercially attractive and widely used in business and government (for example, at IBM, NASA, Sun Microsystems, the German government), the author concludes by discussing the implications for future business activities.