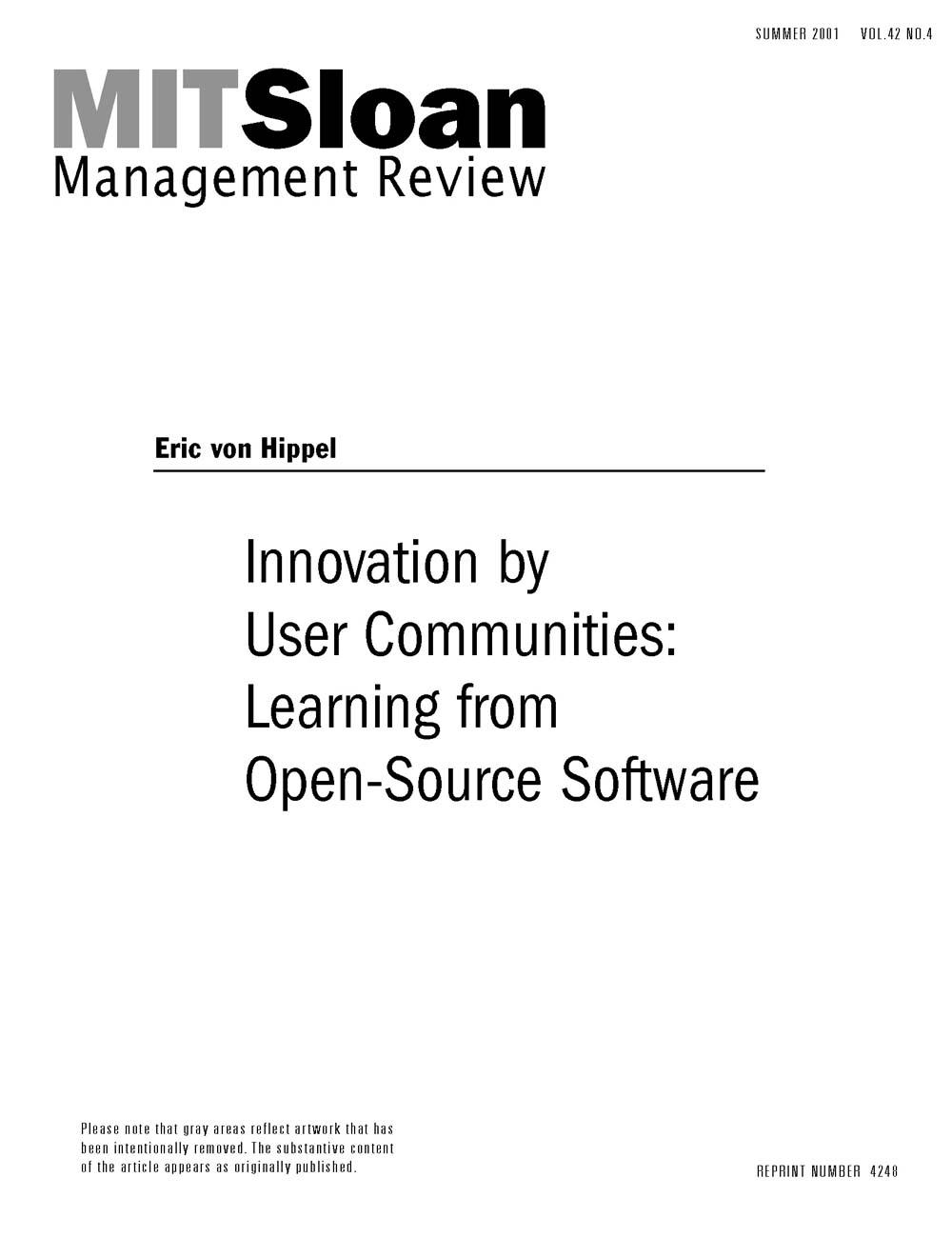 If the open-source software movement is any harbinger of future trends, manufacturing companies need to be concerned not only about what they produce, but also about what their customers might produce without them. What can a group of loosely organized users accomplish without product developers, factories and marketing departments? More than most manufacturers would care to admit, points out von Hippel, who is a professor at the MIT Sloan School of Management.

One notable example comes from the world of open-source software. Developed by a pioneering Internet user and freely shared with other Web users, Apache Web-server software is today used to run some 60% of the world’s Web sites, despite the existence of equivalent commercial products available from corporate giants such as Microsoft and Netscape. This phenomenon of user innovation and development communities — aggregations of individuals who share a common need or desire and exert a collective effort to fulfill it independently of any commercial enterprise — extends beyond software to more flamboyant arenas. The author describes how the sport of high-performance windsurfing, for example, originated with a band of diehard enthusiasts who sought a way to hang onto their sailboards while airborne. As a result of their risk taking and creativity, a large percentage of the million-plus windsurfers aloft today uses boards equipped with user-designed modifications that accommodate airborne acrobatics.

Of recent interest to von Hippel is how user innovation communities interact with commercial enterprises — in particular, how a small group of integrated circuit producers has given customers the means to design highly individualized circuits that can be fabricated in the manfacturers’ plants. To date, thousands of customers have used these tools to generate billions of dollars’ worth of custom circuits.

When measured by any yardstick of traditional economics, the ability of user communities to develop and sustain exceedingly complex products without any manufacturer involvement is remarkable, von Hippel observes. He identifies the conditions that favor user innovation and explores how circumstances evolve — sometimes to include commercial manufacturers and sometimes not. Aided by the Internet to support collaboration and distribution, the power and pervasiveness of such communities could become enormously amplified.