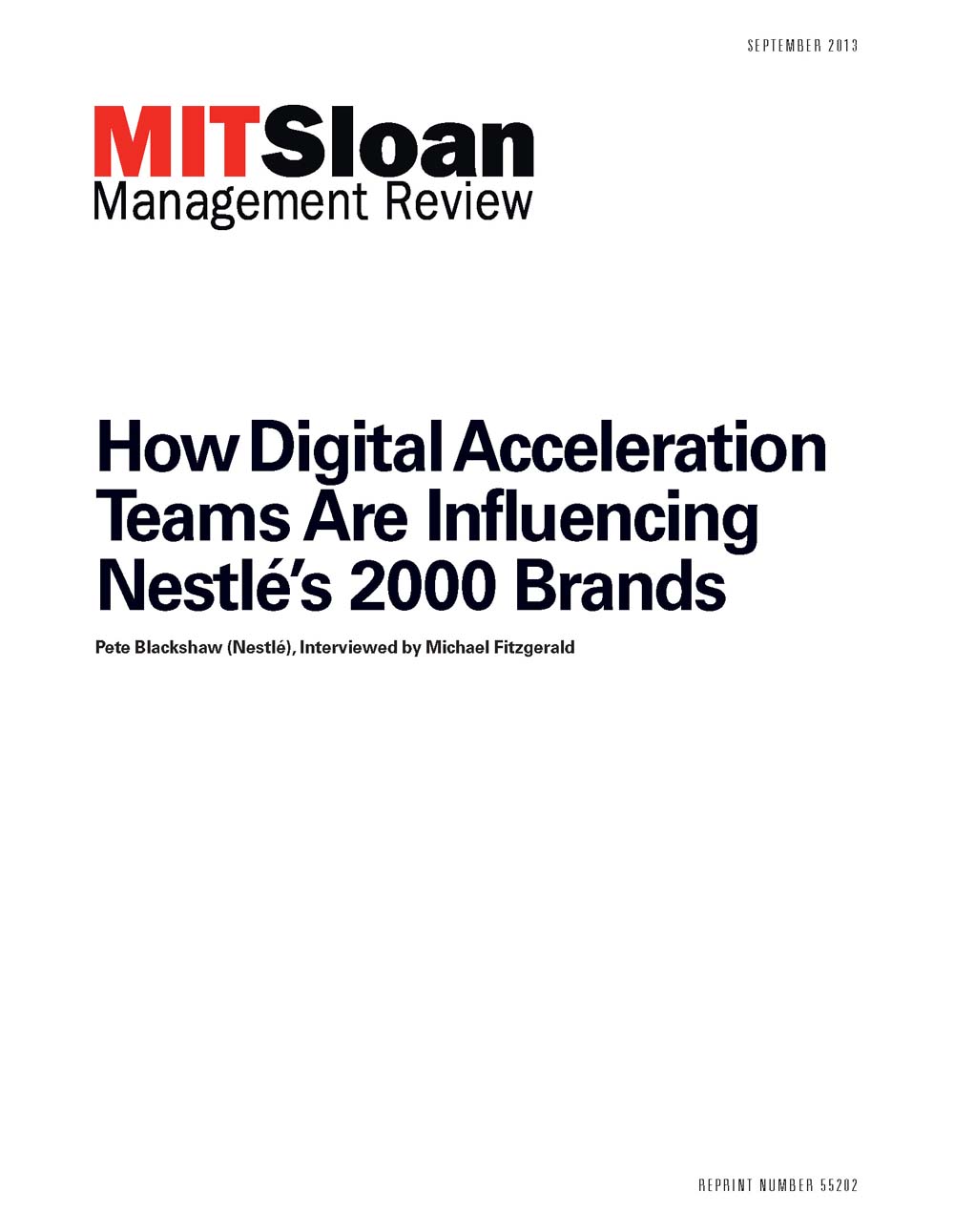 NestlÌ© once found itself labeled a social media loser. The world's largest consumer goods company has worked to remake itself for a social media era, aiming to change the way its brands are managed. Two years ago, it hired a veteran digital marketer, Pete Blackshaw, to head global digital marketing. He reports into two departments, communications and marketing, which he says matters because social media should break down walls inside companies.

One of Blackshaw's first steps was to take other NestlÌ© executives on a tour of Silicon Valley companies. The big maker of consumer goods recognizes that it won't operate like a startup, but looked for ways to adapt some of the advantages startups have, like speed and flexibility, into its own operations. Blackshaw launched a Digital Acceleration Team at NestlÌ©'s headquarters in Vevey, Switzerland, allowing up-and-coming leaders within NestlÌ©'s brand teams to apply for eight months of intensive social media and leadership training. The 12 members of each class also are available to work on short-term projects that NestlÌ© units apply for. Then they return to their units, bringing with them what Blackshaw calls "digital vitamins."

The program, now its in third class, is in the process of going viral internally. The DATs have worked on more than 100 projects, three NestlÌ© country units have started their own Digital Acceleration Teams and a dozen more are planning one. Blackshaw says it's too early to call the DAT transformative, but it is showing signs of changing the company's culture.

Meanwhile, NestlÌ© has embraced social media across many of its brands, notably Kit Kat, which is doing things like turning out social media ad campaigns in 24 hours. Such adaptive marketing approaches are helping the company get a handle on the ever-changing world of social media.